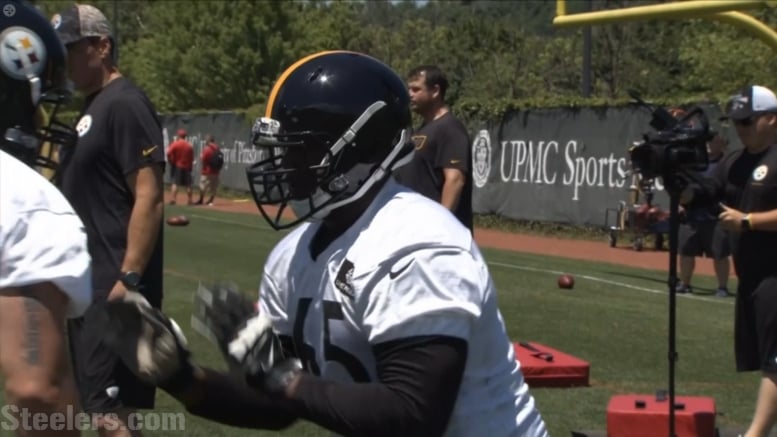 It’s pretty much only a formality at this point but Jerald Hawkins has officially undergone surgery on the torn quad he suffered earlier this week, according to this tweet sent out by ESPN’s Jeremy Fowler.

Steelers OT Jerald Hawkins underwent surgery for his torn quad, is set to go on IR, per source. Tough deal for former fourth-round pick who showed up to offseason work in good shape and ready to carve out role.

Hawkins suffered the injury the same day as the team lost TE Jake McGee for the season with a torn Achilles. Hawkins’ injury was reportedly a non-contact incident and left him “screaming” in pain on the field, according to Ramon Foster.

Foster said Hawkins had the best practice of his career the day before suffering the injury.

It’s unclear exactly when Hawkins will land on injured reserve and if the team will carry him on the roster for a little while longer. Regardless, he’s going to land on injured reserve at some point. As Dave Bryan and I talked about on today’s Terrible Podcast, in order for him to be eligible as a IR-to-return candidate, he’ll have to begin the year on the Steelers’ 53 man roster.

Chukwuma Okorafor and Matt Feiler are now in the spotlight as key depth along the offensive line, along with B.J. Finney.

That now makes two of three seasons where Jerald Hawkins ends it on IR. His rookie season was lost to a shoulder injury suffered in training camp. With the Steelers drafting Okorafor and Hawkins having very limited snaps after three years, his future in Pittsburgh is in serious doubt.