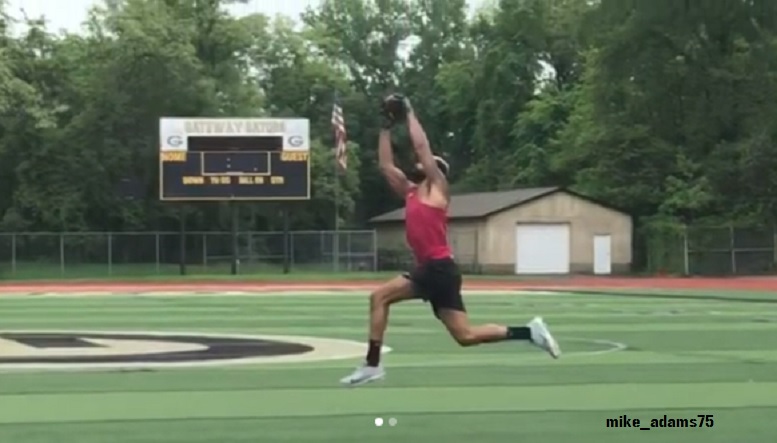 Former Pittsburgh Steelers draft pick Mike Adams is apparently attempting to make a comeback as a tight end. The Ohio State product confirmed his position switch on his Instagram account this week along with posting a few videos of him running routes and catching passes.

For what it’s worth, Adams also considers this a rebirth and not a comeback.

Adams, who was originally selected by the Steelers in the second-round of the 2012 NFL Draft out of Ohio State, obviously no longer weighs over 300-pounds, judging by the several pictures he’s posted on his social media accounts over the course of the last few months. In fact, he looks very ripped right now and it appears as though he posted his weight as currently being 255-pounds.

After spending his first four seasons in the NFL with the Steelers, Adams was a tackle with the Chicago Bears during the 2016 season but another back injury resulted in him being placed on their Reserved/Injured list late that year. He was out of work completely last season and is apparently now trying to show teams he can play tight end in the NFL.

While Adams occasionally lined up as a tight end during his career in Pittsburgh despite being a tackle, he very seldom ran routes and was never targeted in the passing game. In short, he was used as an extra blocker most of the time when not playing tackle.

Adams obviously will have a tough time finding a team willing to sign him to play tight end but stranger things have happened in the past. If anything else, he looks pretty amazing thanks to this recent rebirth.