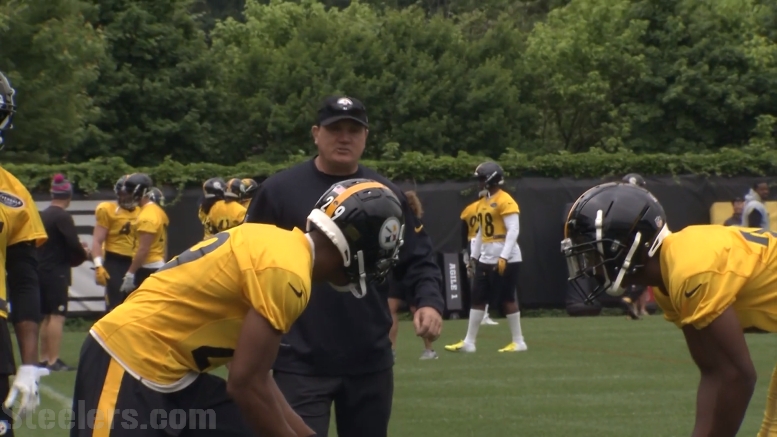 Topic Statement: The Steelers will get Brian Allen involved on defense this season.

You may have to pinch yourself in order to fully appreciate this, but the Steelers may very well have an overabundance of talented defensive backs on their hands. That is, at least, if everything goes well. The way things are currently shaping up, they will probably keep five cornerbacks on the roster, one of them being Brian Allen.

They had opportunities in which they could have played him last season, but chose not to. This year will be different. He has already talked about how much more comfortable he is this year. And it was just a couple of years ago that the Steelers had a sub-package in which they specifically employed large-bodied cornerbacks to cover tight ends. Justin Gilbert and Al-Hajj Shabazz both did this.

If they were willing to use players like that, a first-year undrafted player and a guy they just brought in in August, then they can trust Allen in his second season after he showed working as a jammer on special teams that he has certain traits that would allow him to succeed.

The fact that he is the fifth corner on the depth chart alone makes this a tough pitch, and rightfully so. The Steelers are already preparing Cameron Sutton to soak up any miscellaneous reps that they might have. There would need to be an injury for Allen to even be in the discussion to get on the field.

And as it pertains to a specific sub-package to get a bigger-bodied defensive back on the field, the reality is that they have already been preparing for this, and the player they have in mind is Terrell Edmunds, a very athletic safety who has coverage ability. If they are going to employ this sort of strategy, he is the far more likely candidate to plan around. They’ve also done it previously with Will Allen and Shamarko Thomas.