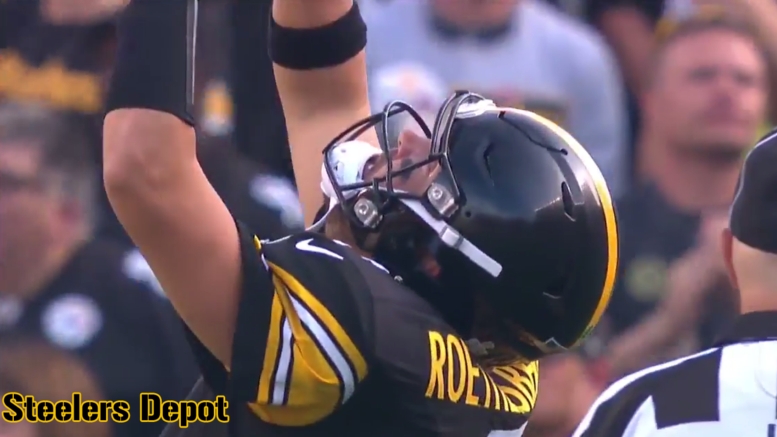 Topic Statement: Ben Roethlisberger will pick up where he left off last season.

It wasn’t so long ago that it seemed as though Ben Roethlisberger entered a completely new chapter of his career. He was great in 2015, for example. Up until he suffered a knee injury against the Miami Dolphins in the sixth game of the 2016 season, he was continuing that level of play. For the rest of that year and into the first half of last season, though, he looked like a different quarterback.

Yet his play was very strong in the second half of the season, and into the postseason. In fact, his numbers were MVP-worthy. He posted a completion percentage of nearly 68 over the last season games of the regular season with 16 touchdowns and four interceptions, averaging 326 passing yards per game. He threw for 469 yards with five touchdowns and one interception against the best secondary in the league in the postseason loss.

And the good news is that he has all the tools he needs to pick up where he left off. He seems to have wiped away whatever funk he was in. He’s got his guy now in Randy Fichtner. Antonio Brown is his security blanket. He knows Le’Veon Bell will be there. Now he’ll have JuJu Smith-Schuster and Vance McDonald with a full season of play under their belts working with him. He’s primed to have a legitimate career year.

But he had a slow start last year, unquestionably, and we have to ask how much of that is on the pieces around him and how much of it was him just not playing well initially. I think it’s fair to say a lot of it was on him initially. He had a lot of turnover-worthy throws in the first half of the season in comparison to the second half, for example.

Until we start playing games, we really don’t know if the first half of the season or the second half is really more indicative of where he truly is at this point of his career. He may have gotten hot down the stretch, but that doesn’t mean it will carry over into the next season. You need to build up momentum, and that requires success early on.