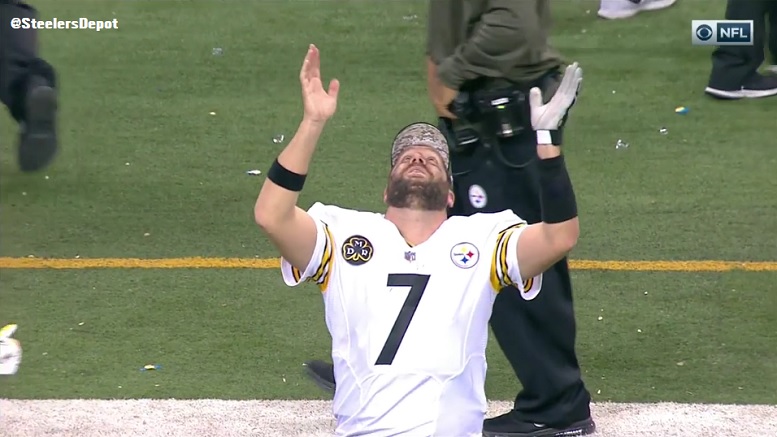 The NFL Network is close to winding down their Top 100 Players of 2018 series as Monday night players ranked 20-11 were revealed. That group of players included Pittsburgh Steelers quarterback Ben Roethlisberger being ranked 18th overall.

Last season, Roethlisberger threw for 4,251 yards and 28 touchdowns on his way to helping the Steelers compile a 13-3 regular season record. Additionally, in the Steelers playoff loss to the Jacksonville Jaguars, Roethlisberger completed 37 of his 58 total pass attempts in the game for 469 yards with five touchdowns and an interception in a 45-42 loss at Heinz Field.

Roethlisberger is now the fourth player to be ranked in this year’s top 100 and he joins Cameron Heyward (48th), linebacker Ryan Shazier (47th) and guard David DeCastro (44th) on this year’s list, which is still supposedly voted on by the players.

Yet to be ranked for the Steelers are running back Le’Veon Bell and wide receiver Antonio Brown.