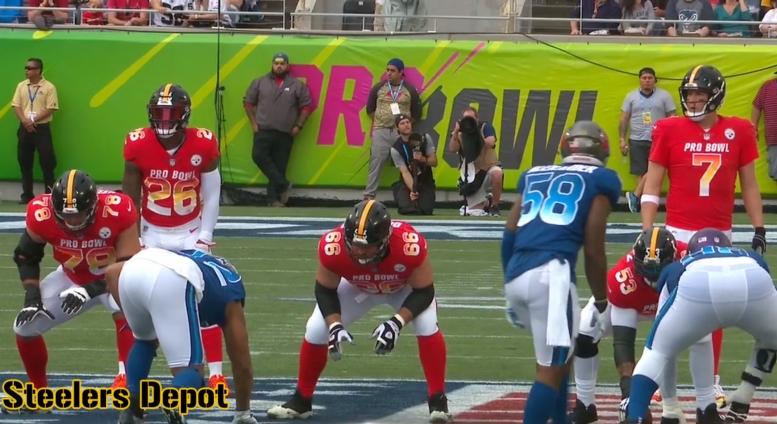 Pittsburgh Steelers quarterback Ben Roethlisberger realizes—at least I hope—that he is responsible for muddying the waters regarding his long-term future based on his public and private comments that he has made over the course of the past year and a half since the team had their collective hat handed to them by the New England Patriots in the AFC Championship game in 2016.

Even while recently talking about physically feeling as though he can play for up to five more years, he continued to balk when pressed for a more concrete commitment, falling back to saying that he will ultimately continue to take things one year at a time.

One thing he was clear on is that the future of his playing career hinges upon the Steelers’ ability to keep him protected and standing upright, and that means they have to keep the quality of play along the offensive line at a high level. That starts with keeping Mike Munchak on the payroll.

But while he discussed his own future in relation to the fact that he has two years left on his contract and whether or not he was worried about getting a new deal done as Matt Ryan has and Aaron Rodgers hopes to, he deflected the issue, raising the fact that some of his linemen will be up as well.

While he did not mention the fact that Ramon Foster—at age 32—is entering the final season of his contract, he did make the salient point that both center Maurkice Pouncey—soon to turn 29 in late July—and right tackle Marcus Gilbert—already 30—both also have just two years left on their contracts, having both signed extensions in 2014.

“I know in two years, Pouncey, Gilbert, there are other very important guys up that I hope get taken care of”, he told reporters while hosting a youth football camp. “Because if they aren’t here, I’m not here. That’s the way it is; they are that good”.

Pouncey has gone to six Pro Bowls in eight seasons, or all of the seasons in which he has been healthy. Gilbert is held in high regard by the team in terms of his playing ability, his coaches and teammates believing he has been a Pro Bowl snub.

The other two linemen not named—left tackle Alejandro Villanueva and right guard David DeCastro—are both Pro Bowlers themselves and have three or more years left on their own contracts, so that is a bit of security at those positions, even with Villanueva turning 30 in September.

Roethlisberger was sacked at least 46 times every year from 2006 to 2009. He was sacked 42 times as recently as 2013. But the line has improved its protection greatly since then. He has been sacked fewer than 60 times over the past three years combined, including 21 times in 15 games in 2017, less than a sack and a half per game on average.