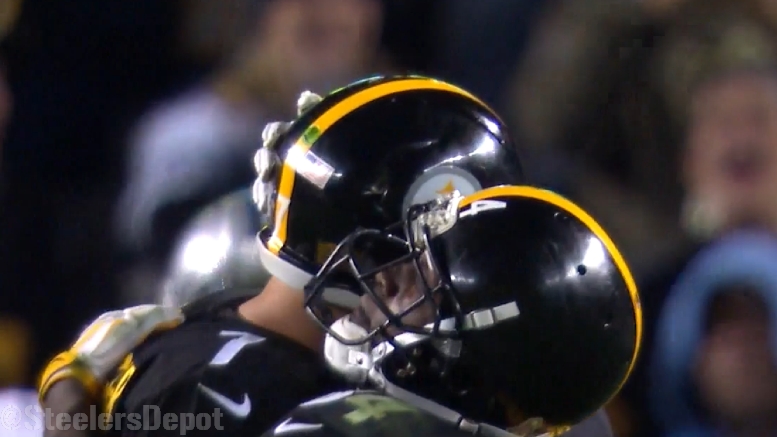 Is there any pair of quarterback and wide receiver in the National Football League that has a better relationship, let alone a better rapport, than the Pittsburgh Steelers’ elite duo of Ben Roethlisberger and Antonio Brown?

Nobody else in recent memory has shared annually and consistently elite numbers year after year the way those two have over the past five season. The statistics that they have put up over that span of time is just exceptional. And the relationship all started just because Roethlisberger trusted throwing the ball to a guy on the bottom of the roster.

A wide receiver can have all the talent in the world, but we might never know it if he doesn’t have the quarterback willing to give him the chance to show it. And I think it’s safe to say there’s no quarterback in the NFL who gives his wide receiver more chances to do great things than Roethlisberger affords Brown.

Whether or not that is occasionally to the detriment of the offense as a whole—something even Roethlisberger admitted at one point last season—the point is that they share a bond that goes beyond football, but is simply unparalleled on the field.

So it’s no surprise that Brown took Roethlisberger’s ranking in the Top 100 players, and David Carr’s absurd list of his top 10 quarterbacks, to heart. Brown had something to say about his partner’s reputation of late, ranking only sixth among quarterbacks in the Top 100 list.

He Tweeted his own list of the top 10 quarterbacks last night…well, sort of. You can read it for yourself.

The idea here is pretty clear. There are so many variables that go into evaluating players that there’s really no simple way to come up with any sort of objective answer. But through his own personal experience, he simply knows what is his truth: there is no better quarterback than Roethlisberger.

Or as he said in a hashtag, that’s my quarterback.

The on- and off-field bond between Brown and Roethlisberger has been one of the key driving forces not just of the offense, but of the franchise as a whole, over the course of the past half-decade, and is primarily responsible for allowing them to be a perennial championship contender. Of that there can be no dispute.

When Brown makes his truly incredible catches, which he has come to make look as though they are legitimately routine, that obviously makes Roethlisberger look great. But Roethlisberger is the one putting those balls in the position to allow him to make those remarkable plays.

He couldn’t make them if he didn’t get the pass where he needed it. And the pass would never come if the quarterback didn’t have confidence not just in his receiver, but in himself. Business is boomin’ because they’re in business together. Period.