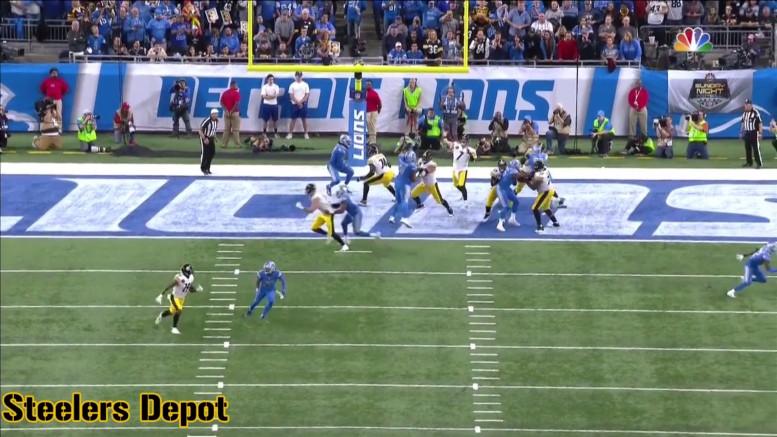 I like a lot of what Pro Football Focus does when it comes to their advanced football statistics but sometimes their posts on Twitter need a lot more context. Such is the case with a recent tweet about Pittsburgh Steelers quarterback Ben Roethlisberger not being afraid to throw extremely long last season on third downs when 10 or fewer yards were needed.

On 3rd and 10 or fewer yards to go, Big Ben and the Steelers weren't afraid to go long! pic.twitter.com/zTVI4P6n3q

Like PFF, we chart each and every Steelers game on a weekly basis and according to our data from 2017, Roethlisberger indeed attempted 18 passes that flew at least 20 yards in the air past the original line of scrimmage on third downs that included 10 or fewer yards being needed.

As you can see in the play-by-play breakdown of those 18 pass attempts, the Steelers offense needed 8-10 yards on those third down plays 10 times. In short, defenses generally attempt to guard the chains in situations such as third downs with 8 or more yards to go so it’s not overly surprising that Roethlisberger threw more than 20 yards past the original line of scrimmage on those plays.

As you can see in the table below, Roethlisberger not only threw deep on these 18 plays, exactly half of them included passes that flew 30 or more yards in the air past the original line of scrimmage with five of those being intended for now former Steelers wide receiver Martavis Bryant.

If you are one those attempting to blame these deep attempts on now former Steelers offensive coordinator Todd Haley, shame on you. I say that because we know Roethlisberger has a long history of not being afraid to let the football fly incredibly deep on any down and distance and especially on third downs with 10 or fewer yards to go. It’s what he does as he’s not a quarterback that prefers to throw short of the sticks on third downs if he can help it.

In total, Roethlisberger completed just 6 of the 18 deep passes listed below last season for 274 yards and a touchdown to wide receiver JuJu Smith-Schuster against the Detroit Lions. Those numbers below also tell you that Roethlisberger was 0-9 in his first nine such attempts with two interceptions. He was, however, 6 of 9 on his final 9 such attempts and one of those incompetitions was actually negated by a defensive offsides penalty – a free play, so to speak.

Will Roethlisberger register nearly this same amount of ultra-deep pass attempts on third downs with 10 or fewer yards needed in 2018? Nobody knows for sure, but don’t be surprised if he comes close to, or exceeds, the 18 number just the same.