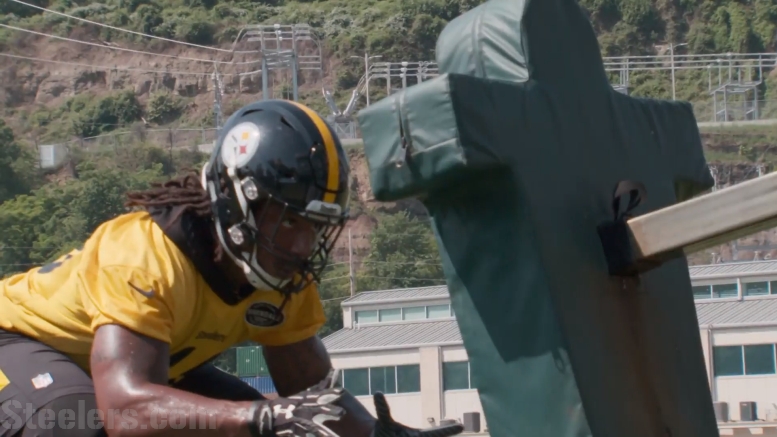 Let’s face it. A lot is riding on this season for Bud Dupree. He is entering the fourth and final season of his original rookie contract, and if he doesn’t perform, the Steelers are likely not to carry him into 2019 on his lucrative fifth-year option. If he continues to perform as he has to date, that is likely what will happen.

The excuse that has been used for him—by myself included—is the fact that he has spent basically the past two seasons playing injured. He missed the majority of his second season with a sports hernia injury. While he had some sacks coming back from that late in the year, he was far from 100 percent.

Last season, he is said to have suffered a shoulder injury late in training camp that was aggravated prior to the season. It resulted in him missing the season opener and likely affected him throughout the year. He spent the first month and a half of the season or more receiving treatment for the injury, using painkillers to play in games.

Now we hear that he is missing time in the summer because of a shoulder injury. Is it possible that this is something we should be more concerned about than it might sound on the surface? Is it connected to his previous shoulder injury, something that risks affecting him into the year?

As we relayed recently, Dupree was limited at the end of OTAs after aggravating a shoulder injury, and continued to limit his availability during minicamp. The truth is that we don’t know (as in us lowly bloggers) if this should be a bigger concern.

Mike Tomlin described it (and other injuries) as “nothing newsworthy”, but that is how he would describe it even if it were something more serious. When Dupree ended up having groin surgery in the 2016 offseason, it was a problem that he already had that they delayed surgery on.