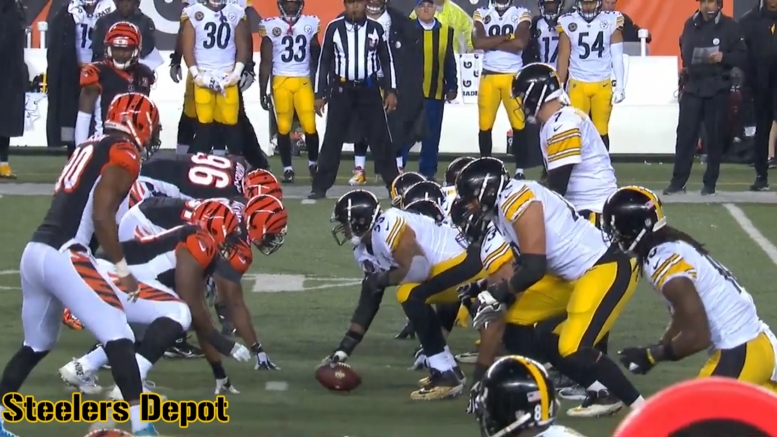 Question: If the Steelers were to add veteran help on the offensive side of the ball, at what position would you like to see the addition be made?

It doesn’t really make sense to ask this question about the defensive side of the ball because the response would be overwhelmingly singular: sign an inside linebacker. Outside linebacker might get some votes too, but the former would be the landslide favorite.

I think there would be a greater diversity of opinions if we turn our attention to the other side of the ball, however. I think most positions could be up for debate in terms of benefiting from an influx of talent, with the exception of the quarterback position, and I suppose fullback as well.

The only area in which I suspect one might believe the team still needs to find a starter is tight end, depending on how down one is on Vance McDonald. Based on a recently buy or sell segment, a number of people are not confident he will even see more snaps than Jesse James this year.

Of course there aren’t exactly many starters available. Are they going to sign Antonio Gates? Coby Fleener has not signed with a team since being released in early May. Role players like Brent Celek and Mychal Rivera are also on the market.

The Steelers still lack an experienced body for their swing tackle position, so they could use help there depending upon the development of Chuks Okorafor. Again, there is not a ton of help there, either. Chris Hairston would be the most realistic name.

There are those who are still concerned about the depth at wide receiver, with two of their top three players only having a combined one season of experience. There is no shortage of players at this position available, including some big names who are past their prime, though Eli Rogers would be the most likely addition.

There are also plenty of running backs available, from the likes of Adrian Peterson and DeMarco Murray to C.J. Spiller and Jordan Todman. Again, their top two backups here appear to be a rookie and a second-year player. Would you add a veteran like Alfred Morris?