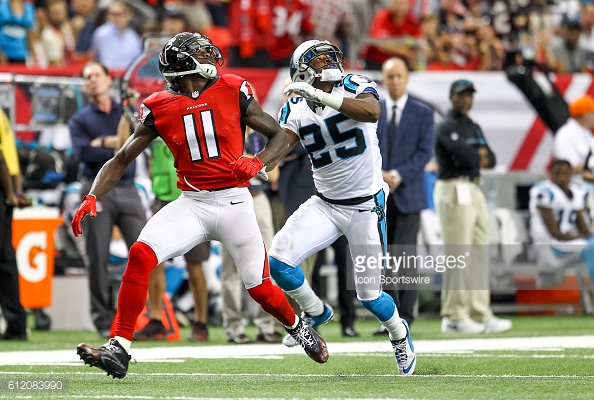 Question: What do you think of Atlanta Falcons wide receiver Julio Jones’ decision to skip his team’s mandatory minicamp?

When it comes to the discussion about who is the greatest wide receiver in the NFL today, if there is a discussion, the argument tends to boil down to three names: the Steelers’ Antonio Brown, the New York Giants’ Odell Beckham, Jr., and the Falcons’ Julio Jones.

Amon them, Brown is now the highest-paid wide receiver in the NFL as of last season. Beckham is hoping to see a lucrative long-term deal come his way. Jones has already gotten his, but apparently wants more.

The 2011 sixth-overall pick signed a five-year extension in 2015 worth $71.25 million, which comes out to an average of $14.25 million per season, but just three years on, that only makes him the eighth-highest-paid wide receiver in the league based on average annual salary.

The problem is that he is still under contract for three more years, running through the 2020 season. His decision not to show up to mandatory minicamp this week would certainly not fly in Pittsburgh, but the team has never negotiated a new deal with a player who has three years left on his contract anyway.

They have accelerated money, however. In 2015, the Steelers advanced $2 million of Brown’s 2016 base salary into that season. They advanced $4 million from his 2017 contract (at the time the final year of his deal) into 2016 in order to add $2 million in new money and to replace the $2 million previously removed. The 2017 salary was irrelevant, knowing that a new deal would be coming.

But it wouldn’t have if he didn’t show up. I don’t quite know the ins and outs of how the Falcons might do business, but it’s widely known that the Steelers don’t negotiate with players who don’t come to the table.

Relatively speaking, Jones does deserve to earn as much as wide receivers such as Jarvis Landry and Sammy Watkins, I think we can safely say that. The tactic of skipping minicamp, though, is a foreign concept to Steelers fans.