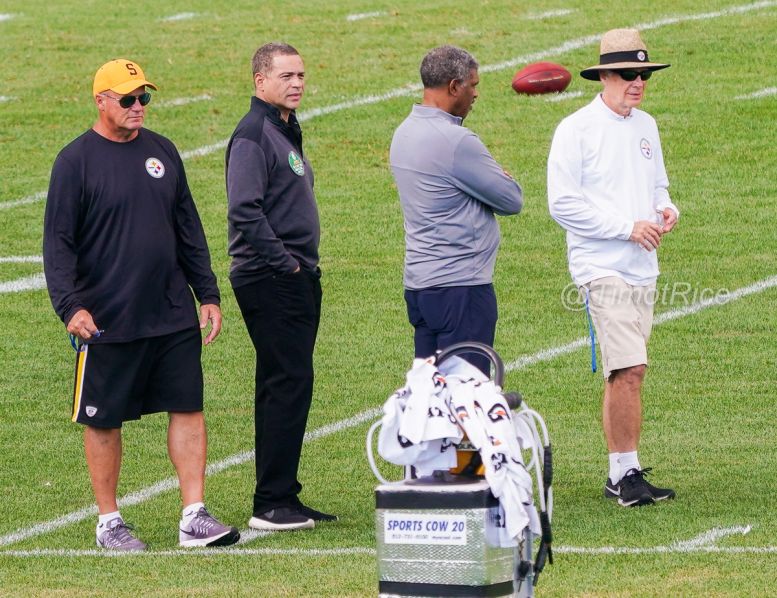 Question: Does football downtime during the middle of the year affect your summer plans?

So, here we are. We are now officially in what is arguably the deadest time of the year on the NFL calendar. Even the time between your team being eliminated during the season to the time the NFL Combine begins, there are still mock drafts and discussions about potentialities.

But the month or so between the end of minicamp and training camp? Let’s be honest. There’s not much of anything going on. And truth be told, the best-case scenario is usually that there is no news of any kind, because most news at this time of year pertains to a player getting himself into trouble.

The only potential news the Steelers might have this offseason during the dead window heading into training camp is a contract extension with Le’Veon Bell, talks toward which will start ramping up again in the coming weeks. And I think most people don’t expect that to happen.

Let’s also be honest with ourselves. The kinds of people who regularly follow a blog like ours are the kinds of people for whom football is very important. It’s not at all uncommon to see people work their lives around football to accommodate their passions.

So the question of the day is, are your plans for this summer influenced by the shape of the NFL’s offseason schedule? For example, if you intend to go on vacation, is it deliberately scheduled to fall within this window? Do you tune out until training camp comes back around the corner, or do you stay engaged?

I, of course, stay engaged. It’s kind of my job. I’m entirely engrossed in the Steelers on a daily basis and have been for the five-plus years that I have been writing for this website. But not everybody has to do that, so I’m curious how the downtime now—or the lack of downtime before and after this period—might influence your routine.