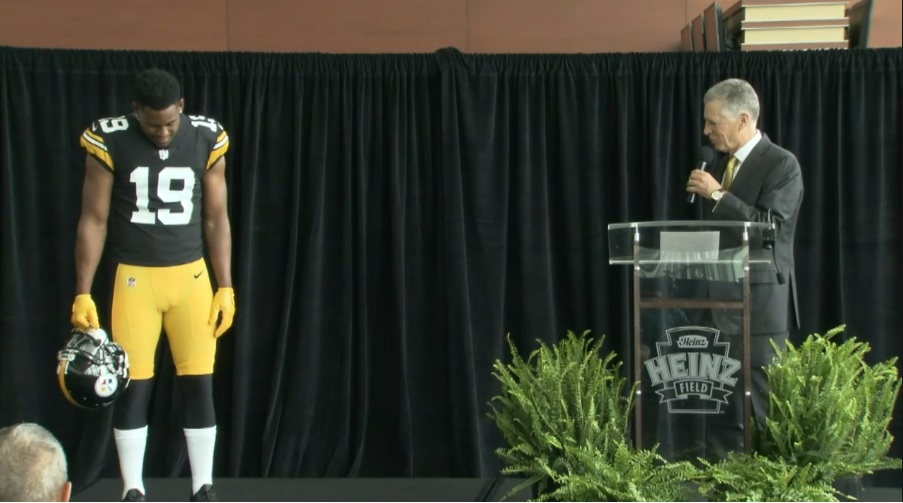 Question: What is your opinion of the Steelers’ new throwback jerseys?

I guess it’s better late than never to bring this up for discussion. The Steelers revealed their new throwback uniforms earlier this week, and frankly they chose the uniform that a lot of fans want to see the team go back to as their standard uniforms, which look very similar to the current ones except for block lettering.

Personally, I like to see uniforms that are a little more ‘out there’ when talking about throwback jerseys. The ‘bumblebee’ jerseys were the perfect example of what I’m talking about. I think it’s great to see these really classic uniforms from way before the Super Bowl era being incorporated into today’s games.

I know I’m not the only one, because I’ve seen other users say the same thing, but my vote would have been for the ‘batman’ uniform from in the team’s very early days that features a downward-facing yellow triangle from the shoulders on down.

If you can hardly tell the difference between a throwback jersey and a regular jersey, then it’s hard to really get all that excited, in my opinion, but I’m just one person, so that’s why I’m bringing this to the community. What are your thoughts on the uniform, and on what throwback uniforms should be?

In spite of their perceived ‘ugliness’, the bumblebee uniforms that the Steelers used for the past few years proved to be pretty popular, and also seem to have sold well. Will a jersey that is so similar to the current uniform generate the same sort of sales?

I realize that I sound pretty negative, but the uniforms themselves are nice. The Steelers’ current uniforms are the best in the league as far as I’m concerned as it is, so anything that looks similar will also be a good choice.