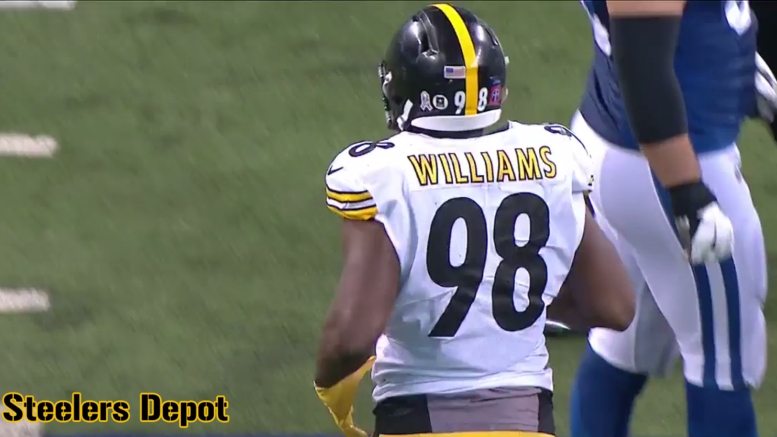 Hey, have you heard this one before? The Pittsburgh Steelers are going to work on getting the run defense corrected.

Of course you’ve heard it. It’s been one of the most common refrains that we have heard from players, coaches, and even the owner this offseason. The Steelers had one of their worst seasons in years in terms of stopping the run at an efficient level, finishing among the worst in the league by allowing 4.4 yards per rush. Only four teams yielded more than that.

Their 14 rushing touchdowns allowed was also among the worst in the league, and all of this came in spite of the fact that only three teams saw fewer rushing attempts come against them during the 2017 regular season.

And it wasn’t the big, chunk plays, either. In fact, they were right in the middle of the pack in that statistic, having allowed 10 runs of 20 yards or more during the year, and three of 40 yards or more. 16 teams allowed 10 or more explosive plays on the ground.

It was the inability to keep one- and two-yard gains to one or two yards that was the real burden. Too many of them ended up getting four or five yards because they would miss tackles or assignments or gaps. Whether it was a performance or communication issue, it doesn’t matter at this point. It needs to be fixed.

“The staple of a great defense is stopping the run”, starting inside linebacker Vince Williams told Mike Prisuta during OTAs recently for the team’s website. “Everything works inside out. You’ve got to focus on stopping the run from the middle to the outsides, then you focus on the pass from there”.

Starting safety Sean Davis also blamed the defense’s physicality for their struggles against the run. “We can’t get outphysicaled”, he said. “We’re the Steelers defense. We’ve got to be able to stop the run”.

“We do a good job stopping the run, then we’ll have a better chance stopping everything else”, the third-year pro continued. “But if you can’t stop the run, the offense, they have control of the game. That’s how we got beat, off our last game against Jacksonville”.

While I do think too much focus is paid to one game, the fact of the matter is that there were issues with the run defense long before the playoff loss, and even before Ryan Shazier’s injury, though on a per game basis those issues were not nearly as bad. The Steelers went six games without allowing more than 80 rushing yards leading up to his injury. They allowed 100 or more in five of their last six, including 150 or more three times.

The most important aspect of stopping the run is remembering that it’s an 11-man task. Everybody has to be on their assignment and to trust that the others are on theirs to assure that everybody is in a position to make the play if it comes to them. Let’s hope they remember that this year.