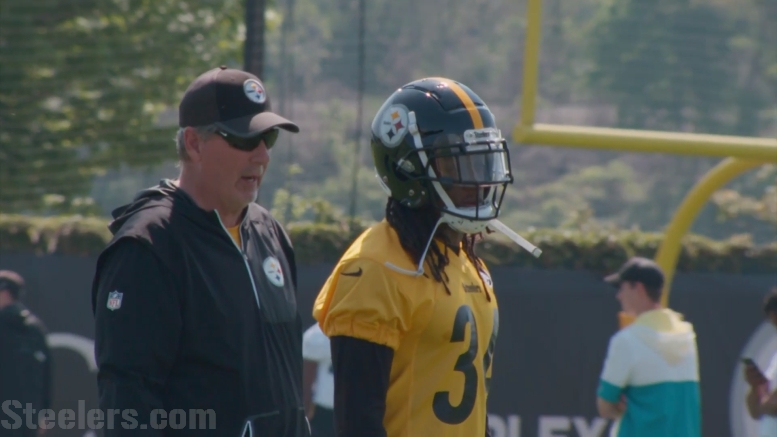 Virginia Tech has produced some legitimate NFL talent on the defensive side of the ball over the course of the past couple of decades under the watchful eye of their defensive coordinator, Bud Foster. The Pittsburgh Steelers are hoping to have just drafted one of the best he’s ever coached with their first-round selection of safety Terrell Edmunds.

Jeremy Fowler of ESPN spoke to Foster on Monday about Edmunds, who noted some similarities between another big safety he once had the privilege of coaching by the name of Kam Chancellor. When the reporter asked him about the comparison, he was hesitant because of Chancellor’s proven status in the NFL, but couldn’t help but note the common traits.

“The ability to play in the box and be physical with size while playing in some space, I think he has those same qualities”, Foster told him of the Steelers’ first-round draft pick, but added, “this kid might have a little bit more speed”.

Chancellor has spent eight seasons with the Seattle Seahawks, though he has been slowed by some injuries in recent years. He has recorded 606 tackles in that time with 12 interceptions, 44 passes defensed, and a pair of sacks in addition to 11 forced fumbles.

The 6’3”, 2245-pound Virginia native has been voted to the Pro Bowl four times and twice been recognized for the All-Pro list on the second team. He helped the Seahawks reach the Super Bowl in consecutive seasons, winning the franchise’s first and only title to date in Super Bowl XLVIII.

Things have changed for players of Chancellor’s size and type over the course of the past decade, which is why he was a late-round pick while the 6’1”, 217-pound Edmunds went in the first round. NFL defenses are using them more and more on the field as counterpieces to today’s prolific tight ends while still providing run support.

“His maturity level and how he handles himself really helps him; he can play man, coverage, deep third, deep half, blitz” Foster said of Edmunds. “He wants to be a leader. He will be a guy who will take charge”.

His comments about Edmunds’ leadership also plays into what defensive coordinator Keith Butler has said of the rookie. He is looking for communicators on this defense and pointed to Edmunds as one of the players he believes is capable of playing in that role, in which he got a crash course during rookie minicamp.

Foster told Fowler that he “tried to equip Edmunds for the NFL” by giving him such on-field responsibilities, handing him the task of relaying checks to the back end of the defense, within which there could be a variety of formations in which to set depending upon what the offense presents.