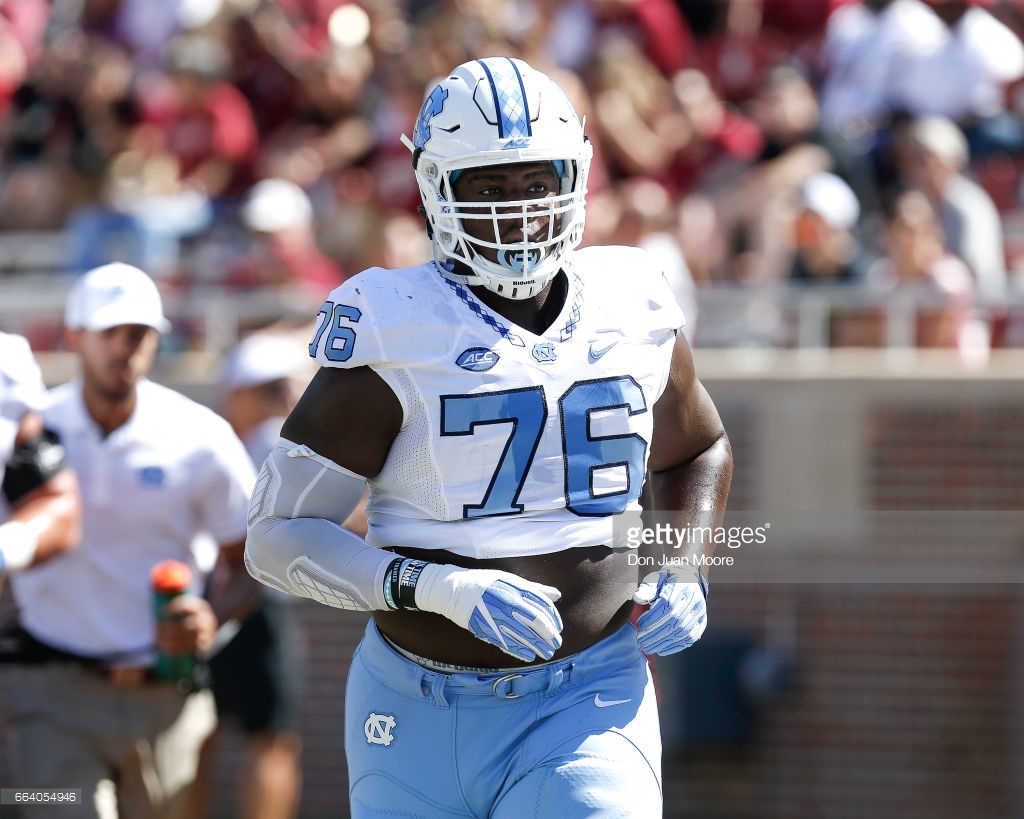 R.J. Prince, an undrafted offensive lineman who was invited to the Pittsburgh Steelers 2018 rookie minicamp on a tryout basis, announced Sunday after noon that he has signed with the team.

Prince, who played his college football at North Carolina, measured in at his pro day at 6052, 311-pounds. He mostly played at right guard for North Carolina. He played in 45 games from 2014 to 2017. He reportedly avoided a two-game suspension last season for academic reasons and it was also reported this past January that investigators were looking into whether an NFL agent violated North Carolina’s sports agents law by contacting Prince despite not being registered with the state.

It was reported in April that Prince had a meeting with the Steelers following his Pro Day workout.

Prince is now the second rookie tryout player this year to announce singing a rookie contract with the Steelers since the team’s minicamp ended Sunday afternoon. The other player was former Youngstown State wide receiver Damoun Patterson.

It is still unknown as to which players will be waived in order to make room for Prince and Patterson on the roster.