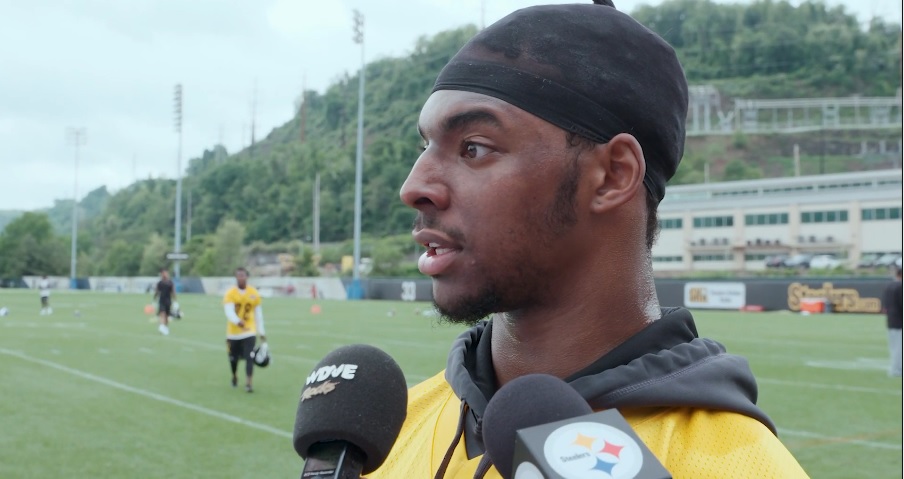 Who is the Pittsburgh Steelers free safety? I couldn’t tell you.

What about strong? Shake the Magic 8 ball, ask again later.

Right now, it doesn’t even seem like the players even know. They’re figuring it out with the rest of us.

That’s what Sean Davis said in a brief interview he gave over on Steelers.com after Tuesday’s practice, the first of the OTA sessions. During practice, Davis and Morgan Burnett lined up on sides, They were left and right, temporarily ditching the free/strong label.

“Today we were just left and right,” Davis told reporters. “Like I said, [Burnett] can do both positions. And so can I. We just played left and right and however the formation had us, that’s just what we did.”

Presumably, the centerfielder lined up to the weak side and the box safety was to the strong side. That’s something that could change when the free and strong safety labels are eventually applied. Last year, at least, as the strong safety, Sean Davis was almost always the one in the box. It was rare for Mike Mitchell to inch towards the line of scrimmage.

Here are the “box” snaps for both safeties last year:

Earlier in the offseason, Mike Tomlin said Burnett would likely take the first snaps at free safety but it was clear that wasn’t something the Steelers were going to be compelled to do for very long. With all the versatility on the roster, it’s fair to assume several safeties will line up all over the place initially as the coaches get a feel for their skillset and where they fit best.

Plus, for now, the defense must get back to basics. Learning some of the new terminology DBs coach Tom Bradley brings, Burnett learning the system as a whole, and improving communication across the board, something that doomed the defense the second half of the year. In the short-term, that matters much more than strong/free designations.