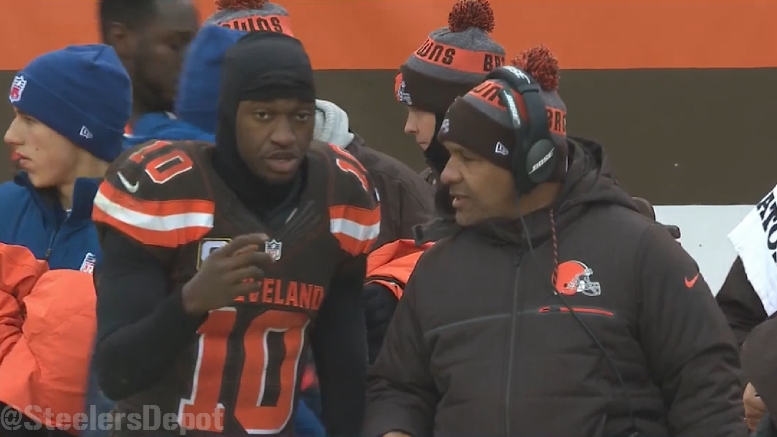 Terrell Owens is one of the greatest wide receivers to ever play the game, so much so that we can have a legitimate conversation as to whether it was an injustice that it took him until his third year of eligibility to be voted into the Pro Football Hall of Fame. The enigmatic wide receiver will be enshrined in Canton later this year in August, but if he had his way, he would be suiting up in a helmet this fall, from the sounds of it.

The 44-year-old has not played in an NFL game since the 2010 season, though that is due to the fact that he suffered a torn ACL while he was training in the offseason in 2011. While he was a free agent at the time, spending the previous season with the Cincinnati Bengals, he likely would have gotten signed eventually, as he was still putting up good numbers.

Though cleared to play in October that year, no team signed him during the season. The Seattle Seahawks in August the following season did add him to their offseason roster, but he was released by the end of the month, and he has not had a contract with an NFL team since, even though he made a serious attempt to return in 2015.

That was three years after his last meaningful contact with the NFL, and now three years after that, he continues to talk about his evident desire to play. Owens recently talked about how the Cleveland Browns called him up in order to participate in their workout for quarterback Josh Rosen during the pre-draft process, though they ended up drafting Baker Mayfield.

Responding to a Twitter commenter recently, he noted that the Browns, including General Manager John Dorsey, Head Coach Hue Jackson, and offensive coordinator Todd Haley “saw me run routes when they were in LA to work out Josh Rosen. They know I still got it”.

It wouldn’t probably be totally out of character if the Browns were to actually seriously show interest in Owens, or at least the character of previous Browns regimes, but the team has worked to rebuild their wide receivers in recent years, most recently acquiring Jarvis Landry, whom they will pair up with Josh Gordon, entering his third full season.

Of course, if they, or any team, were actually serious about wanting to sign him out of nowhere, they would have actually shown some interest by now, and I don’t think inviting him to participate in a workout for a draft prospect really qualities.

On the other hand, that kind of is how the Baltimore Ravens ended up with Robert Griffin III. They invited him to throw the ball around while they were hosting a couple of wide receivers during free agency. They ended up signing Griffin a bit after that—and then eventually one of those wide receivers as well.