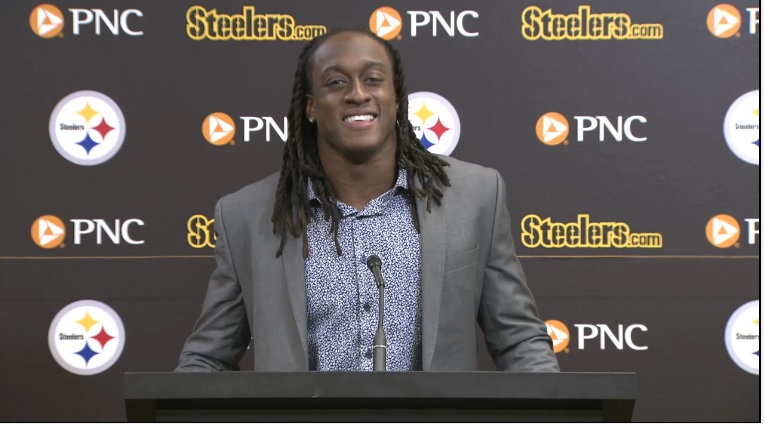 The Pittsburgh Steelers unveiled the full list of jersey numbers for the entire rookie class. Despite some of them being leaked out during the day, we still didn’t know what Terrell Edmunds and James Washington would pick/be assigned. According to the team site, Edmunds will wear #34 while Washington will wear #13.

Cam Sutton switched to #34 last year after Joe Haden and Robert Golden changed jersey numbers. A previous first round pick, Rashard Mendehall, also wore 34. Other Steelers to wear that number include Verron Haynes, Fran Rogel, and Warren Heller. Sutton and Edmunds are the first two Steelers to wear 34 since Andy Russell in the 60s/70s.

Washington gets hit with the unlucky 13, a number only a select few Steelers have ever donned. Jacoby Jones and Dri Archer were the last two.

Of course, it is rookie minicamp and both numbers are subject to change. Personally, I really hope they do.

We know the rest of the drafted rookie class, you can find that info here, but here are the UDFAs.