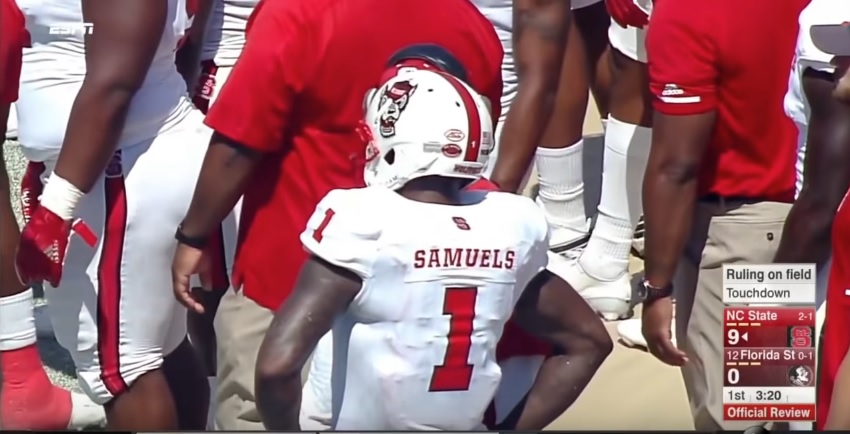 The Pittsburgh Steelers rookie minicamp will get underway at the end of this week and ahead of that happening the team is starting to sign their draft picks.

We have signed our fifth-round pick, RB Jaylen Samuels.

According to the Steelers on Wednesday, running back Jaylen Samuels, the teams second of two fifth-round selections this year, has now signed his rookie contract.

The four-year contract that Samuels signed is expected to total out at around $2.178 million and include a signing bonus of around $258,000, according to Over the Cap.

Samuels, who played his college football at North Carolina State, was a very position flexible player in his four years at the school. In the 52 games he played in at North Carolina State he registered 1,103 yards and 28 touchdowns on 181 total carries in addition to catching 202 passes for 1,855 yards and 19 touchdowns. He also completed two passes for 84 yards and a touchdown and returned 12 kickoffs for 230 yards.