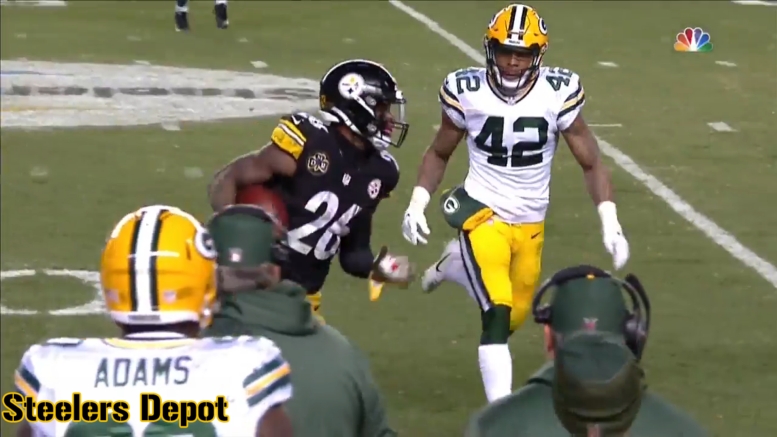 What exactly is the story with the safety market? That is what ESPN’s Jeremy Fowler has recently attempted to find the answers to. Just a year after a number of safeties signed substantial contracts, the 2018 offseason has been a wasteland for veteran safeties, and not because of a lack of talent.

The Pittsburgh Steelers are one of the few teams to have gone in and signed a veteran safety, adding eight-year Green Bay Packers regular Morgan Burnett, whom one would figure projects as a starter early on. Yet even he signed a three-year contract that averages less than $5 million per season.

And that doesn’t account for the bewildering reality that talents such as Tre Boston and Kenny Vaccaro are still available. I didn’t even mention Eric Reid in that discussion because he is in the middle of a collusion case against NFL teams, arguing that he has been largely avoided because of his previous demonstrations.

Matt Bowen of ESPN doesn’t get it either. He told Fowler that he’s “still kind of confused as to why some of these players aren’t signed”, noting that there is some very legitimate talent still available that really seems to be an aberration.

This phenomenon has led some to wonder if it is symptomatic of a broader monetary devaluation of the position. J.I. Halsell wonders if “safety is the new running back” position, which has seen a dramatic decline in his financial value over the course of the past five or six seasons.

Part of the blame could be placed on a deep safety class this year, which the Steelers obviously took advantage of as well after adding Terrell Edmunds out of Virginia Tech in the first round and then going back in the fifth round for Penn State’s Marcus Allen.

But we’re past the draft. We’re even past the point at which unrestricted free agents are factored into the compensatory pick formula. So why are there still so many talented free agent safeties available right now? And how much longer will they have to wait for an opportunity?

It’s too early to say whether or not this is a broader issue or a one-year anomaly, however. There are still plenty of safeties making bank. Each of the top six safeties are averaging at least $10 million per season on their current contracts. While that’s not even half the number of cornerbacks hitting that plateau, it’s still a significant amount.

There are talented players still to be found at any position, or at least players with ready name recognition, but comparing the safeties who remain unsigned to those at other positions is pretty stark. We’re talking about former first-round draft picks enter their second contracts who have had success.

Did the Steelers play the market right by adding two safeties in free agency and then another two in the draft? They are only bringing back one player at the position who was on the 53-man roster a year ago.