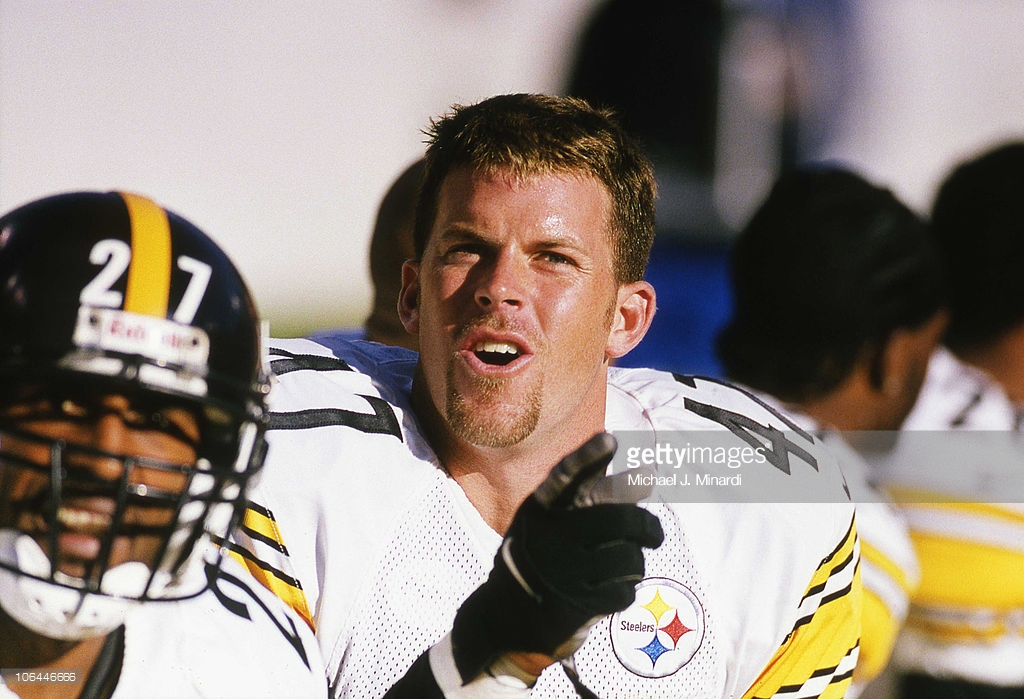 New series I’ll pop up from time to time to try and make the offseason at least feel a little quicker, though I already am at my “Tom Hanks Wilson” stage and it’s not even June.

We actually referenced this game not too long ago and that’s how I came across the play in the first place. It was the same one where Joey Porter recorded his first sack. Clearly, those two careers went in awfully different directions. Porter a star, Shields a bust.

But after their rookie years, Shields was on a path to stardom. A second round pick from tiny Weber State, he had four interceptions his first year. And then never recorded one after that.

Here’s the first. A Monday night blowout win over the Cleveland Browns, 43-0. Early 4th quarter, the Steelers ahead by 36. Cleveland opted to start 32 year old vet Ty Detmer, giving him a seven year contract and 5th round draft pick in a trade with San Francisco prior to the start of the year, the first back in the NFL. But after a dreadful start that moved the offense nowhere, head coach Chris Palmer turned to Tim Couch, that year’s #1 overall pick and man in charge of reviving the franchise.

As Crouch took the field, the fans gave him a standing ovation. Seriously.

That dude was thanking the heavens for Tim Couch. That’s a thing that actually happened.

For Pittsburgh, after a touchdown-fumble recovery-touchdown put them comfortably ahead, Bill Cowher ushered in the reserves. That’s how Porter ended up with his first sack and Shields his first pick.

On 1st and 10, his first NFL snap, Couch took a five step drop, climbed the pocket, and threw the ball over the middle for WR Leslie Shepherd.

Picked off. By Scott freakin’ Shields. On HIS first play, too.

Shields took it back the other way for 12 yards, leading to a Richard Huntley TD catch from Mike Tomczak. He would intercept three more his rookie year before falling off the map, playing only one more season in the NFL.

For Couch, the worst start imaginable. For Shields, Hollywood-written. Both ended up being NFL busts. Football is so weird. 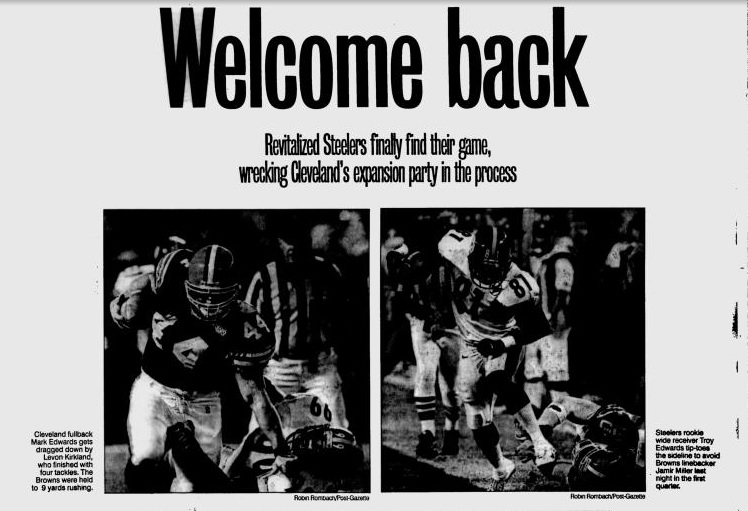 If you want to watch the full game, click here.