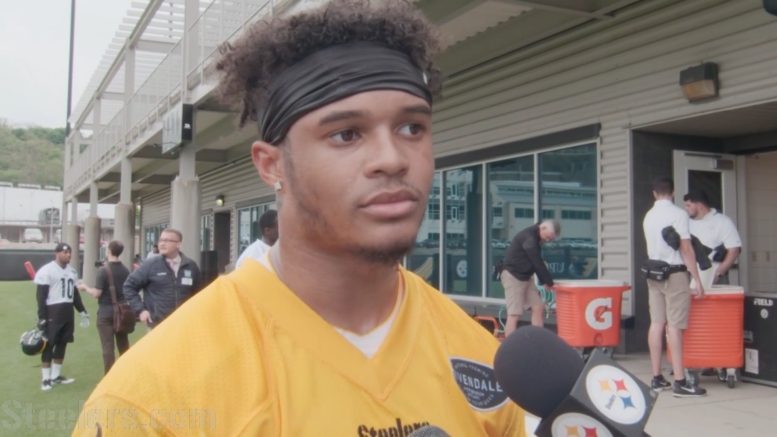 There is always a lot of talk of chips this time of year, enough to make me want to break out the salsa. At least three of the Pittsburgh Steelers’ draft picks from this class have talked about having that chip on their shoulder—even a boulder—that was fueled at least in part by where they ended up drafting.

While nobody can compete with the “big ass chip” that Willie Colon once had on his sizable shoulders, Pittsburgh has a good group of players coming in this year with an edge, looking to prove that they were underestimated.

Oklahoma State quarterback Mason Rudolph believes that he is better than any other quarterback that was taken in this draft class. And yet there were five quarterbacks drafted ahead of him, all in the first round.

Rudolph didn’t even go in the second round. No quarterback did. He thought he would be a first-round pick, but slid to the second half of day two. While he was thrilled to go to the Steelers, he said the league-wide statement of his value by sliding into round three would “stick with me every minute, every hour until the day I die”.

And that was for a guy taken in the third round. Imagine how the fifth-rounders feel! Actually, you don’t have to. You didn’t really think you would, did you? Of course I have their quotes as well, which they provided over the weekend during rookie minicamp.

Penn State’s Marcus Allen, the safety who was their first of two picks in the fifth round, told reporters (when asked), “I always have that chip on my shoulder. Always. I mean, it’s a lot. A big boulder on my back, on my shoulders. Ever since I was in little league. There’s never a day I don’t have a chip on my shoulder”.

These are not really remarks that were shared by the other draft picks, however. First-rounder Terrell Edmunds was only hoping to go in the first round, and was. James Washington was probably taken where he anticipated he would, as well.

As for Chukwuma Okorafor, getting taken in the third round was well-placed for him. The Nigerian-born offensive tackle also comes with a helping of humility. He is just 20 years old and has only been playing tackle for five years. He understands the work that is ahead of him.

And Joshua Frazier, he was a backup in college, so getting drafted at all is generally favorable. He said that he doesn’t have regrets about playing at Alabama, where he was pushed behind the likes of Da’Ron Payne. He is just ready to write his own story with the opportunity in front of him.