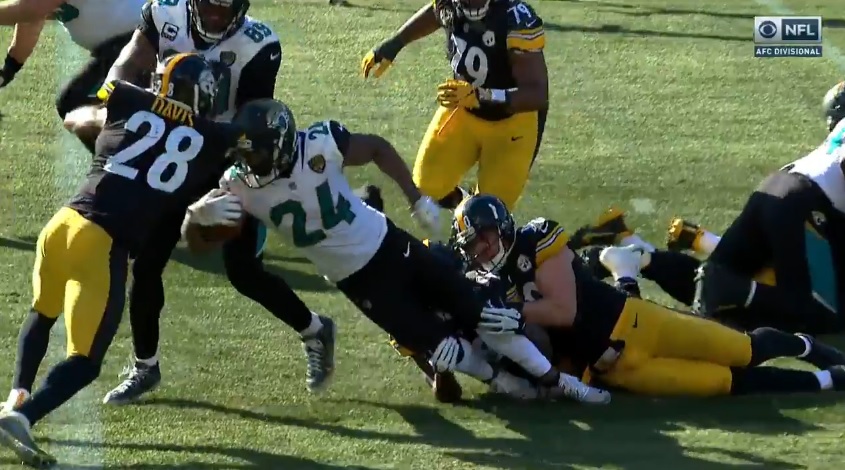 Despite all the attention given to the Pittsburgh Steelers’ secondary, the defense’s top goal in 2018 is to get better at stopping the run. One way they’re doing that? A “new” personnel look, according to Steelers.com’s Mike Prisuta.

Here’s what Prisuta wrote in an article early Wednesday morning.

“The Steelers have traditionally favored a four-man front in their sub-package defense in passing situations, with the outside linebackers lining up as defensive ends and defensive ends Heyward and Tuitt moving inside to defensive tackle positions.

The 4-3 look in the base alignment Dupree detailed following OTA No. 1 is an apparent response to the run-defense issues the Steelers experienced after losing inside linebacker Ryan Shazier last December in Cincinnati.”

Honestly, I, at least, am a little confused to what the “look” is. What this might be referring to is a greater emphasis on their 3-4 over front, which they’ve sprinkled into the defense since Keith Butler took over. It shifts the defensive line to the strong side of the offense, removing the backside defensive end and making him a three-tech – between guard and tackle – to the strength of the formation. The nose tackle aligns in the backside A gap as a 1 tech, cocked and slanted to the gap, just as Joe Greene was in the 70s.

It also shifts the strong-side linebacker off ball, as you see with Anthony Chickillo in the example below. He’s lining up in the bubble between the strong side DT and DE. 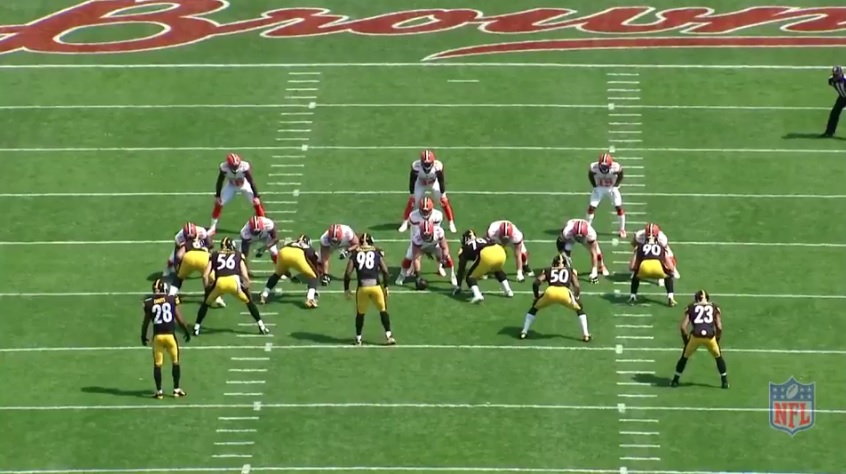 But that isn’t a brand-new idea to the Steelers’ defense. Butler unveiled early in 2015, Week 2 against the San Francisco 49ers and has seemed to lean on it most often against tight end-heavy teams. In 2017, he used it 78 times, seemingly scrapping it for several weeks after getting gashed by Chicago, Baltimore, and Jacksonville in three straight weeks.

Against the run with that front, the Steelers allowed 4.2 yards per carry on 58 carries, not a great number but better than how they did with their regular 3-4 alignment on the field.

Or maybe it’s something new entirely, a true 4-3 look, which would definitely be interesting and something I’ll absolutely be looking out for come training camp.

As we’ve written about multiple times this offseason, the Steelers’ run defense had its worst statistical season in a long time when looking at key stats like YPC allowed and TDs, even if their yards per game numbers were strong (a product of teams not running the ball often against them). And if the run defense isn’t improved, then the Steelers will suffer the same pitfalls they did before.