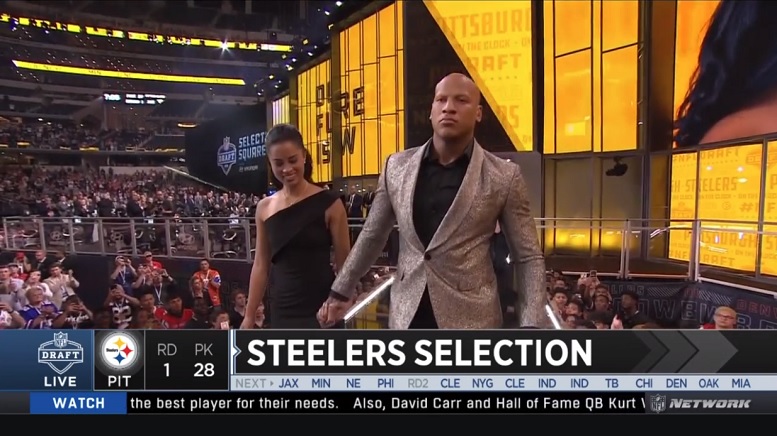 On Wednesday the Pittsburgh Steelers placed linebacker Ryan Shazier on the team’s Reserve/PUP list and that move will effectively end his 2018 season. The team, however, converted $8.26 million of the $8.718 million base salary Shazier was scheduled to earn into a signing bonus, according to Field Yates of ESPN.com.

The Steelers have converted $8.26M of LB Ryan Shazier’s 2018 base salary into a signing bonus, per source. Shazier, placed on PUP Wednesday, earns that money now. While there are no cap implications, it’s a great gesture by a first rate organization.

Shaizer, according to the report, earns that money now thanks to the move and there are no cap implications for the Steelers in them doing so. As Yates points out, it’s a great gesture for the injured player by a first rate organization. Even if that is true, the Steelers may have done this restructure so that when Shazier’s contract tolls next season, it will do so at a much lower base salary.

Had the team not restructured Shazier’s contract, it was set to toll in 2019 at $8.718 million, according to former NFL agent Joel Corry. This move might now result in Shazier’s contract tolling at well under a million.

The Steelers were likely able to restructure all but $458,000 of Shazier’s base salary due to his contract having split salary designations should he get injured. In a normal situation his base salary would only have been allowed to be brought down to $790,000.

Shazier suffered his spinal injury nearly five months ago during a Monday night road game against the Cincinnati Bengals. The former first-round selection out of Ohio State had the fifth-year option of his rookie contract picked up by the Steelers a little over a year ago. In picking that option up it meant that Shazier’s 2018 season was guaranteed against injury.

Shazier, who initially couldn’t move his legs after suffering his injury, was able to walk across the stage in Dallas Thursday night with the assistance from his fiancée to announce the Steelers selection of safety Terrell Edmunds during the first-round of the 2018 NFL Draft.