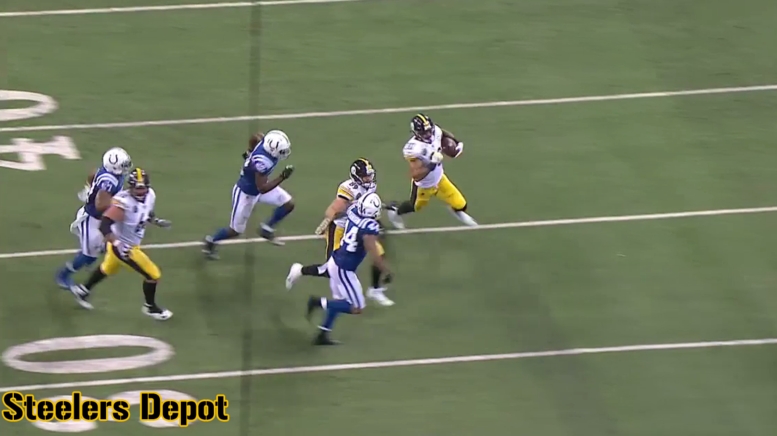 The fact that Pittsburgh Steelers second-year running back James Conner is already back on the field this week for the start of the team’s annual OTA practices is certainly great news and especially since he’s now just five months removed from the surgery he had performed to reportedly repair a torn MCL in his right knee. If that’s not enough, the pictures of Conner practicing that have already surfaced reveal that he’s likely shed a few pounds during the offseason.

Conner has certainly had his share of health issues dating back to his college career at Pittsburgh and that’s probably why several are hesitant right now to guarantee him a spot on the 2018 53-man roster. That, along with the fact that he must improve his pass protection ability in his second NFL offseason as well as special teams play. Those aspects of Conner’s game aside, he really showed quite often during his rookie season that he can be counted on when it comes to doing the one thing that he should do well and that’s carrying the football.

Conner not only showed that he could run successful between the tackles during his rookie season, a good portion of his long runs in 2017 came outside the tackles. That’s a great sign even though it is a very, very small sample size.

Will Conner ultimately make the 53-man roster this year? It’s hard to say for sure but if he’s able to stay healthy and improve the aspects of his game that revolve around him not having the football in his hands, you really have to like his chances.