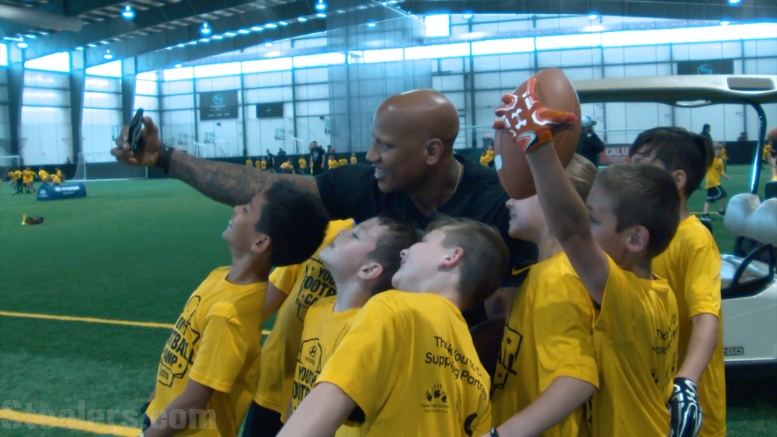 The most inspiring football story this year has no doubt been watching the progress made by Pittsburgh Steelers inside linebacker Ryan Shazier as he continues the rehabilitation work that he hopes will see him take the field again one day after he suffered temporary paralysis on the field last December.

The injury occurred early in a night game against the Cincinnati Bengals, and he immediately dropped to the floor unable to move his lower extremities. It was a terrifying sight, but he has made remarkable progress at the time, and has been invested in proving that to people.

While he was participating in a free youth football event recently along with tight end Jesse James, Missi Matthews for the Steelers’ website asked Shazier about what it meant for him to be able to be out there on the field working with kids.

“It really means a lot to me, but it means a lot to a lot of other people too”, he told the reporter. “I know that so many people are praying for me…and just to know that I’m out here constantly getting better, it helps me out a lot, but it helps the people on the outside looking in, just for the fact that they’re doing all that for me and they don’t even know who I am”.

Shazier has frequently expressed his appreciation and admiration for the overwhelming support that he has received from his Steelers family, the broader NFL family, and beyond, and has talked about how that has inspired him to push himself to do his best every day to get better.

But he also said that it is all the support that he receives that really drives him to want to show people how well he is doing when he is able to take important (now literal) steps in his progress. “It just really means a lot to me”, he said.

“So when I get a chance to show people that I’m doing better and come out here and help them and get the responses that I’ve been getting, it just really helps me just want to go harder every day”.

You can watch the video from the team’s website, which offers a few glimpses of the linebacker working with the children. He often got around via a golf cart, but he spent a lot of time on his feet supported by a pair of canes. 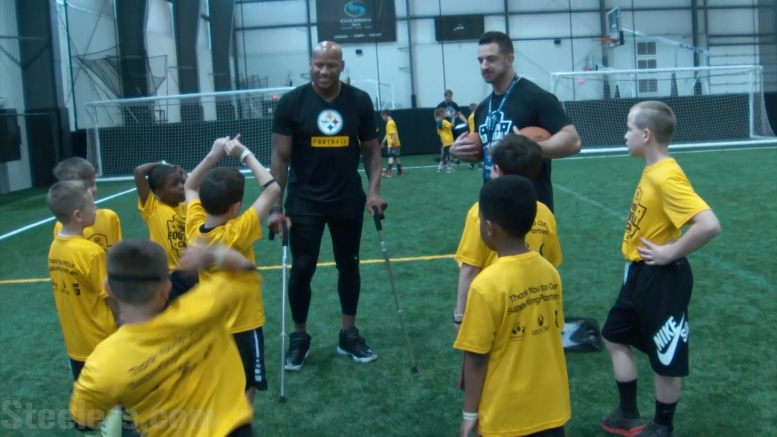 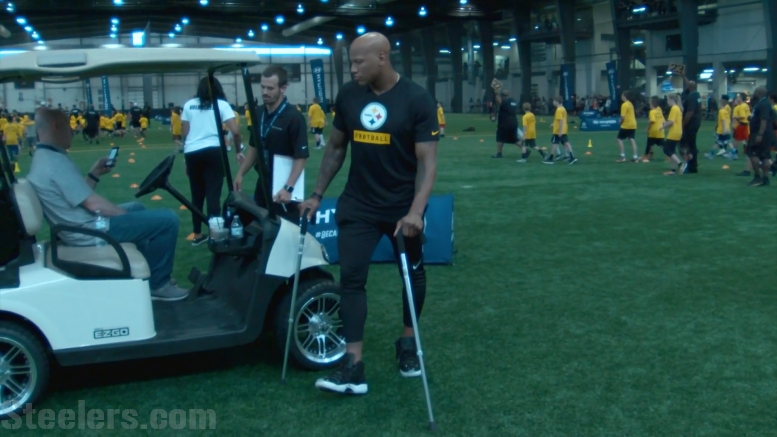 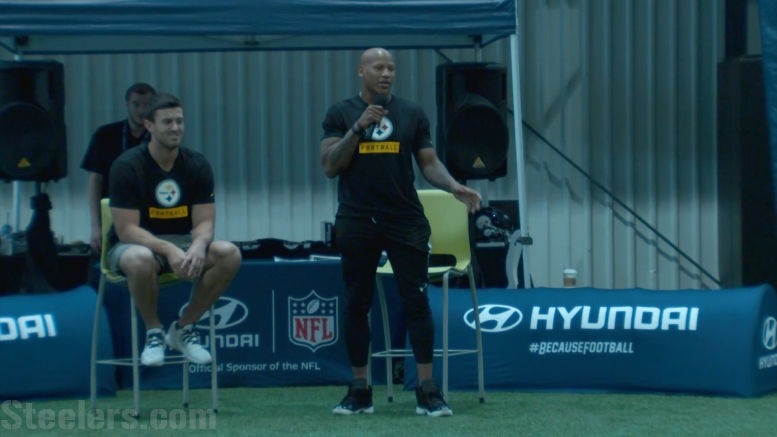 His most notable demonstration of his progress obviously came last month when he walked out to the podium during the 2018 NFL Draft in order to announce the Steelers’ first-round draft pick. I’m sure that, like me, most people who find themselves invested in seeing his progress almost saw the pick itself as an afterthought while the moment was happening.