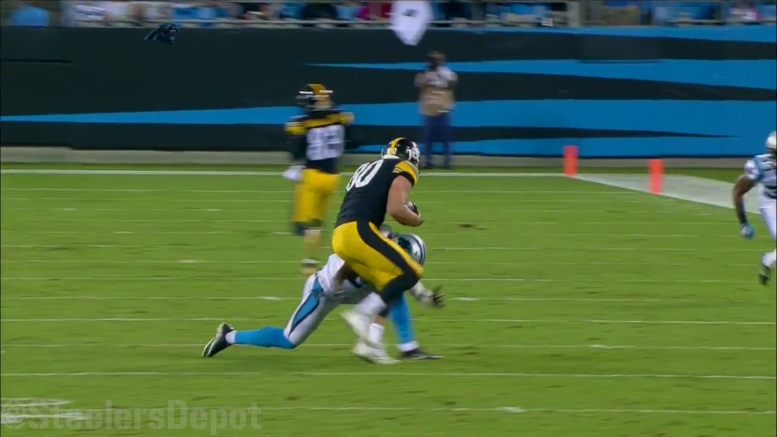 In addition to tackle Jerald Hawkins suffering what might turn out to be a serious knee injury during the team’s Wednesday OTA practice, tight end Jake McGee also reportedly was injured during the session.

According to Jacob Klinger of pennlive.com via Steelers wide receiver Marcus Tucker, McGee hobbled off the field during Wednesdays OTA practice with a foot in the air.

McGee was signed by the Steelers last August and while he was waived during the final round of roster cuts ahead of the 2017 regular season, he landed on the practice squad and remained there all season. During the 2017 preseason, McGee registered 3 receptions for 13 yards. He also looked decent as a blocker last preseason.

McGee entered the NFL in 2016 with the Carolina Panthers as an undrafted free agent after playing collegiately at both Virginia and Florida. He has also spent limited amounts of time on the rosters of the Oakland Raiders and Los Angeles Chargers prior to being signed by the Steelers last summer.

Update: According to Mike Garafolo of the NFL Network, McGee suffered what’s believed to be a torn Achilles today.

Steelers TE Jake McGee suffered what’s believed to be a torn Achilles today, sources say. McGee was on Pittsburgh’s practice squad last year but there was talk he could make the roster this year. Tough one for him today.