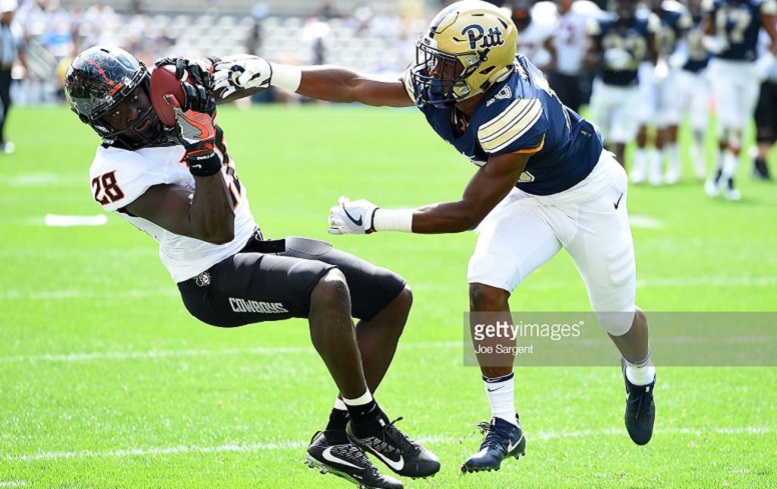 We’ve still got a lot to over from the 2018 NFL Draft that was held last week, which shouldn’t be too surprising. A lot of things move quickly at that time, and it’s especially difficult to get to everything from the first two days of the draft since they occurred late in the day, and by the time you get to it, the next round has started.

So let me circle back for a moment to the Pittsburgh Steelers’ selection in the second round, Oklahoma State wide receiver James Washington, and what offensive coordinator Randy Fichtner had to say about him. The team had Ficthner rather than new wide receivers coach Darryl Drake speak to the media, perhaps because he was such a high pick.

One of the things that Fichtner immediately liked about Washington’s college tape is the fact that they saw that he was able to play in a variety of roles. When you play for four seasons in college, one might think that you would wear a lot of hats over that span of time.

Asked about if those sorts of intangibles would be important to bring into his offensive system, the first-year offensive coordinator said, “I think intangibles are going to be important in any system or any offense that you’re going to fit into. It’s not just the ability to play one spot. It’s the ability maybe to play two spots, maybe a third. It gets you on the field quicker, it gets you in the position to be able to play more football”.

That is how JuJu Smith-Schuster was able to get on the field so quickly last year. Though he primarily played on the outside in college, he worked in the slot immediately and was also able to contribute in other areas—including as a kick returner.

Those guys are hard to find’, he said, but he believes Washington is one of them. He said a lot of wide receivers coming out, and even that the Steelers have worked with, only had one trick. Of the new receiver, he said, “this guy comes in with several tricks”.

Fichtner went on to talk about the variety of roles in which the second-round pick could be used, mentioning that he can play at all three levels as a short, intermediate, and deep threat.

“Y ou can potentially use him even in protection-type situations”, he said, which was one of his most interesting comments. “We’ve done lots of those things in the past with [Hines Ward], we’ve done it with guys like [JuJu Smith-Schuster]. That’s kind of the position that he’s in”.