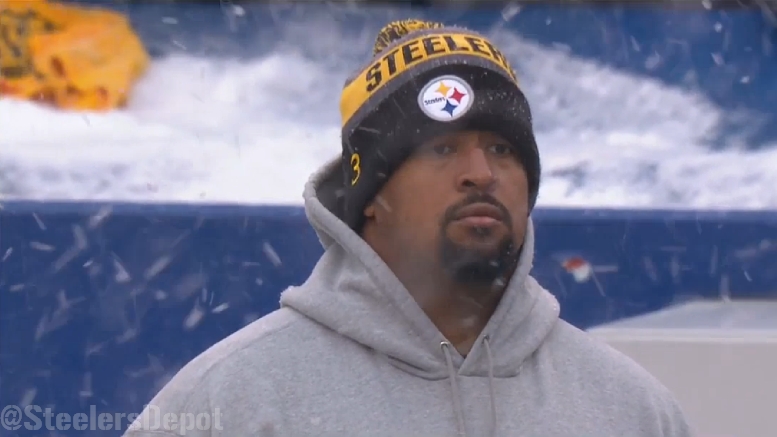 As you get up there in years accrued in the NFL, you tend to hit upon a lot of milestones year after year. It wasn’t long ago that he played in his 100th game. At the end of the 2016 season, he made his 100th start. Now in 2018, this year will be the 10th of Ramon Foster’s career, all with the Pittsburgh Steelers, signing with the team following the 2009 NFL Draft as an undrafted free agent.

He didn’t come into the league with the pedigree. He hasn’t made the huge salaries many of his peers have made—including the Steelers’ other starting guard, David DeCastro, among the highest-paid interior offensive linemen in the league. But he has been a smart and scrappy player all throughout his career, allowing him to reach this mark.

He was asked during OTAs if he ever thought he would make it this far into his career, according to Chris Adamski. He didn’t directly answer the question, beyond saying that he has always had a simple approach to his playing career, which was basically, go with the flow.

“I said to myself I was going to ride this as long as I could. I saw a guy I came in with. He coaches now, and you know you’re an old guy when the guys that you played with are coaching. So just one day at a time at this thing is how I treat it, how I’ve always treated it”.

It makes you wonder how old James Farrior felt when the Steelers first hired Mike Tomlin as Head Coach in 2007. Farrior played Tomlin’s William & Mary in college. I doubt many NFL players have ever faced their coach in a college game before.

It really is quite remarkable the journey Foster has been through. Even though he went undrafted, he quickly gained favor with the coaching staff and ended up making the roster over seventh-round center A.Q. Shipley. He even passed Kraig Urbik, a third-round pick, on the depth chart.

And the most remarkable thing about that fact is that both Shipley and Urbik have had long NFL careers themselves. It took Shipley a while, but he has started 16 games each of the past two seasons for the Arizona Cardinals. Urbik had a pretty long stint as a starter with the Buffalo Bills as well, but recently retired.

And yet Foster remains, with 130 games played and 115 started. He has spent half of his career as the intended full-time starter at left guard, though he also started all 16 games in 2012 due to circumstance. Then-rookie DeCastro suffered a torn MCL and Foster took his place at right guard for the first 13 games.

The rookie came in for the last three, but by then, left guard Willie Colon suffered a season-ending injury. So Foster started the final three games, and every games since for which he has been healthy, at left guard. Going on six years later, he’s still there, in his same spot.