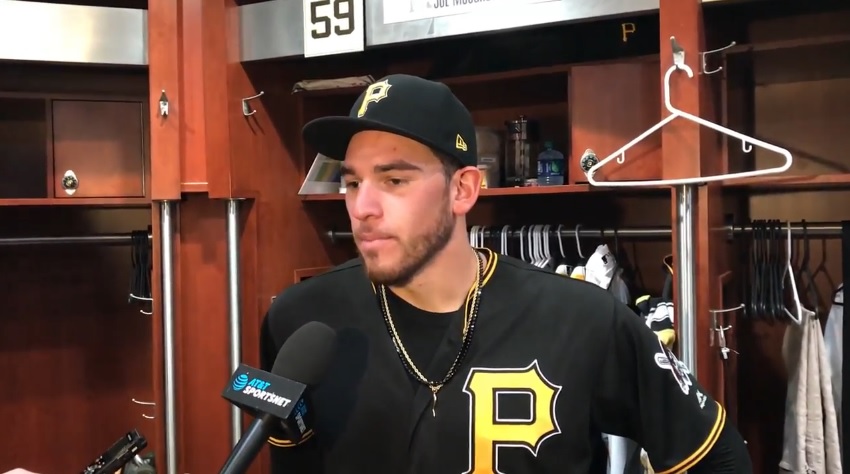 A great little show of respect from one Pittsburgh team to another. After making his Pirates debut Friday evening, Joe Musgrove spoke to the media about his great outing while wearing a 412 Shalieve T-Shirt.

It’s another reminder of the rare bond these teams have, from the color of their jerseys to the personalities of the players and coaches. When one team succeeds, the others support, whether that’s Penguins’ players wearing Steelers’ jerseys, Steelers players attending Pens playoff games in droves, or the annual meeting between Mike Tomlin, Kevin Colbert, and Clint Hurdle in Bradenton. The Steelers also have a suite for Pirates’ games.

Especially for Musgrove, a relative newcomer, traded as part of the Gerrit Cole deal in the offseason. He’s spent most of the year rehabbing from a shoulder injury and didn’t make his first Pirates big-league start until last night. But he was brilliant, pitching seven shutout innings, chipping in a single and a run while the Pirates trounced St. Louis 8-1. I’m not sure exactly how closely he’s followed Ryan Shazier’s story but evidently enough to own and wear the T-Shirt.

It just happened to catch my eye and put a smile on my face. I hope it did the same for you.