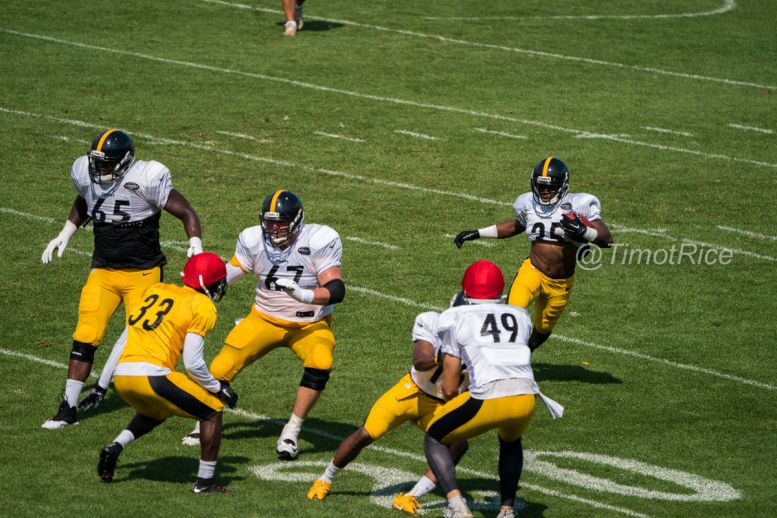 It’s May and in about four months the Pittsburgh Steelers will announce their initial 53-man roster for the 2018 season. A lot can happen between now and then including free agent signings and of course training camp at Latrobe and the four preseason games. Whether it’s more talented players or the misfortune of injury, about 37 of the people on the preseason roster will be notified that they did not make the grade. Up to ten of these players could be signed to the practice squad but they will not be dressed on September 9th to face the Cleveland Browns.

Our fearless leader, Dave Bryan, has led the way and already given his post-draft 2018 Steelers 53-man Roster prediction. Alex Kozora and Matt Marczi have published theirs. Check them out here:

Last year, the release of TE Ladarius Green, threw everyone off. However, Dave Bryan along with Steelers Depot readers KindaMoney & John led the way with 46 correct answers to the initial 53-man roster.

Do your own and we can even grade these to see if we have any A+ prognosticators. Easy to pass; just need 37 correct. Get 43 right and your grade is a B. 48 or more and you’ve earned yourself an A. The Steelers Depot Valedictorian will be the highest number of correct responses.

I’ll glean responses from the comments section of the three predictions already made or if you have not made a prediction yet – put yours in the comments of this article.

As an average Steelers fan, my prediction follows:

What grade would you give me right now? Who’d I miss?

Don’t Fear the Reaper and submit your own pre-preseason 53-man roster prediction.