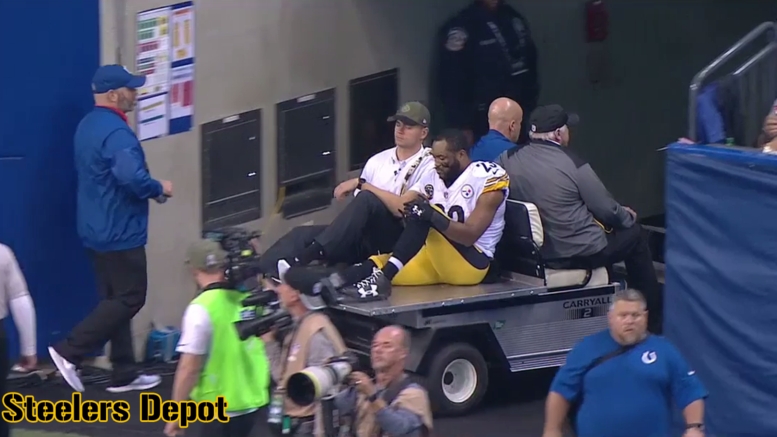 The Pittsburgh Steelers parted ways with veteran safety Mike Mitchell in early March and currently he remains unsigned. Mitchell, who has been posting a few videos of his offseason workouts on his Instagram account over the course of the last several weeks, took to Twitter Saturday morning to rant a littler bit about some of the negative things that people are apparently saying about him.

Mitchell first claims that people have no idea as to all of the things he had to cover up for on defense, presumably last year, with the Steelers. In short, he’s hinting that there were a lot mistakes made by other players that resulted in him having to work hard to cover them up on the backend of the defense.

I laugh when people say I couldn’t cover but have NO IDEA what I was asked to cover up…. stay sleep.

In case you missed it, Mitchell has made claims in past interviews that it was challenging for him to get other Steelers players lined up properly at times over the course of the last few seasons.

Mitchell then revealed on Twitter that he dealt with broken foot last season and that never did he once complain about that injury, or use it as an excuse.

Couldn’t be the Superman like years prior BC my foot was broke. Never once did I complain or make excuses. Most y’all talkin shit wouldn’t even have gone out there. You’re too soft.

We assume Mitchell is referencing the injury he suffered during the Steelers Week 10 game against the Indianapolis Colts. That injury, however, for what it’s worth, was termed an ankle injury by the Steelers. Whatever that injury was, it forced Mitchell to miss two of the Steelers next four games and he was on the team’s injury report from Week 12 through Week 14 with an ankle designation.

During his four seasons in Pittsburgh with the Steelers, Mitchell only missed three games and all three came during the 2017 season, which included him also being listed on the team’s injury report with a hamstring and Achilles injury. In previous seasons with the Steelers, Mitchell showed up on the team’s injury report with knee, groin, hip, and shoulder injuries in addition to a concussion designation.

The safety position has really taken the shaft this year during free agency as even top-rated players such as Tre Boston and Eric Reid currently remain unsigned as does former first-round draft pick Kenny Vaccaro.

According to Mitchell’s latest mini Twitter rant, he’s back running the 40-yard-dash in under 4.5-seconds. While that’s certainly great news for him, in addition to his claim that he’s now fully healthy, he’s still likely to be unemployed a little while longer.

Don’t believe the lies. I’m healthy now my foots not broke no Injuries and just ran 4.48. When I come back like the Phoenix you’re all gonna eat your words!

At some point, Mitchell will likely sign with another NFL team prior to training camps getting underway. However, if that ultimately happens, he might have to sign a one-year contract for near or at the veteran minimum in order to prove to his doubters that his career is far from other.