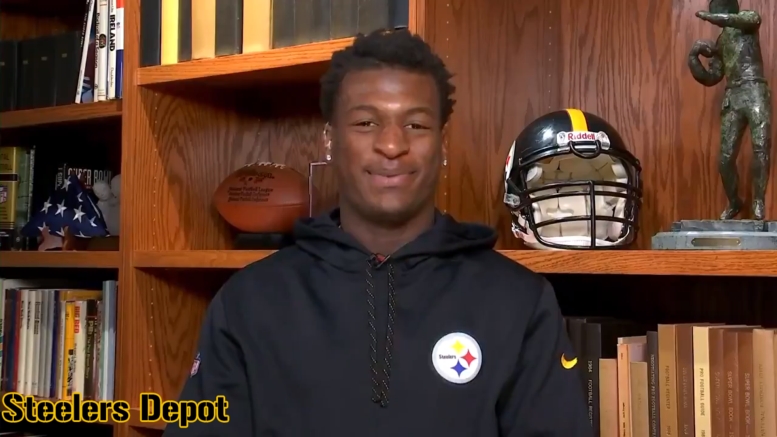 For most of the offseason there’s been a lot of talk about how the Pittsburgh Steelers defense needs to play better against the run in 2018 than they did last season. While that certainly won’t hurt in the grand scheme of things, Steelers cornerback Mike Hilton said at the conclusion of the team’s Wednesday OTA practice that the defense needs to improve in two other areas if they want to be better unit than they were in 2017.

“The main thing we’re focused on on missed tackles and giving up big plays,” Hilton said Wednesday during an interview on Steelers Nation Radio.” We know, as a defense, we were able to play with anybody. We’re able to stop offenses, we’ve just got to tackle a lot better. We missed a lot of tackles that led to big plays and we also gave up a lot of big plays in the air. So, we feel like [if] we control those two things, we can really take a step to the next level.”

While the Steelers defense ranked right near the middle of the league last season in passing plays allowed that resulted in gains of 20 yards or more (48), the unit allowed 13 that gained 40 yards or more and only two other defenses gave up more. By the way, 7 of those 13 plays resulted in touchdowns.

On Wednesday, when asked to define if most of the big passing plays allowed last season were a result of blown assignments or coverages, Hilton predictably decided to play the poor communication card.

“There was one against Cleveland the last game of the season,” Hilton said. “They [the Browns] hit us on a deep bomb to Josh Gordon and you know, it’s just guys not communicating pre-snap. And so, if you’re trying to communicate post-snap you’re pretty much in trouble.”

In case you forgot, below is the all-22 of the bomb to Cleveland Browns wide receiver Josh Gordon in the regular season finale against the Steelers that Hilton referenced during his Wednesday interview. We also had a post dedicated to that play as well following that game and you can definitely see that there was some post-snap communication going on.

One of the defenders on that play in question, safety Mike Mitchell, is obviously no longer with the Steelers as he was released this past March. Due to past communication issues the Steelers defense has had the last few seasons, the organization seemingly addressed that problem this offseason by signing two veterans in inside linebacker Jon Bostic and safety Morgan Burnett. Both have reputations as being strong defensive communicators and Hilton spoke to that very topic during his Wednesday radio interview.

“These guys are vocal,” Hilton said of Bostic and Burnett. “Even though they haven’t been here for a long time, they’re really picking up the scheme. They’re learning to communicate and you know, they’re really adding an aspect to our defense.”

As for Hilton, specifically, the former undrafted free agent out of Mississippi said a lot has changed with him and his growth as a player over the course of the last year.

“Personally, my confidence,” Hilton said when asked what’s changed about him over the course of one full year. “You know, coming into last year, I was still trying to get my feet wet because it was considered really like my rookie year – I’m still starstruck when I’m playing against certain guys. So, now compared to this year, I’m locked in, I’m focused. I’m a year better already, personally, I feel. I still got a lot to learn, a lot more growing to do, but I like where it’s headed.”