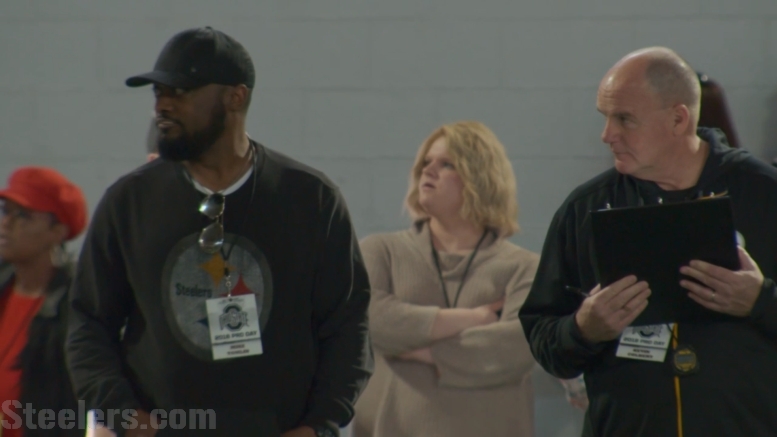 The Pittsburgh Steelers are rightfully known as being one of the most successful teams in the league in scouting and drafting at the wide receiver position. For the past decade, that has been the strongest piece of their scouting puzzle, as evidenced by the fact that they have very rarely even had to rely on a free agent for a third receiver role.

General Manager Kevin Colbert and company reaffirmed their wide receiver wizardry last year with the selection of JuJu Smith-Schuster out of USC in the second round, who played immediately, quickly earned the third receiver role, by season’s end was starting, and even made Martavis Bryant expendable.

Why have they had so much success at this one particular area? What do they do differently? Colbert gets asked this question every year, and this year was no different. That is what he was asked yesterday during his appearance on SiriusXM Radio

“We don’t do anything different when evaluating receivers. We do them like we do every other position”, he said. “And we’ve been fortunate. I always tell people, when you come to a team with a franchise quarterback, that helps the receiver some too. I never want to sell that part of it short without taking anything away from our players”.

He talked about Antonio Brown and where he came from as a sixth-round pick as an example of his point. “There’s some luck involved, there’s some great work ethic on our players that we do take and how they develop, and I never want to sell short of the fact that they get to play with a special quarterback”, he went on.

When it comes to the Steelers’ newest wide receiver, second-round selection James Washington out of Oklahoma State, Colbert emphasized that with him looks can be deceiving, and that he offers a lot more on the field than you might think by looking at his measurables.

“James isn’t the biggest. He isn’t the fastest when you time him. But when he plays, he plays big and he plays fast”, the general manager told his host. “He gets a lot of contested catches that come his way, and for at guy that ran 4.5 he has a know-how of being able to get deep and stay in position deep where he can make those tough catches”.

Following the Martavis Bryant trade, there is a clear opening for a role in the offense for the rookie wide receiver in between Brown and Smith-Schuster, though it won’t be handed to him. The Steelers will likely re-sign Eli Rogers, and there is still Darrius Heyward-Bey, Justin Hunter, and Marcus Tucker on the roster.