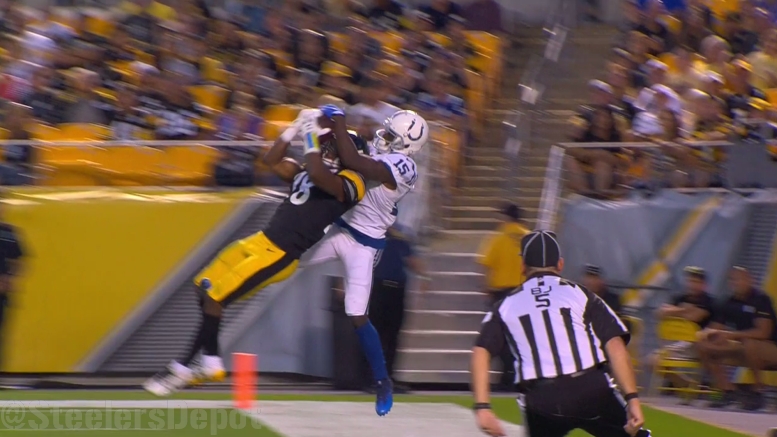 It is not often that the Pittsburgh Steelers cut a veteran starter without having a clear plan already in place to replace him, but that is what they chose to do this offseason with starting free safety Mike Mitchell. While they have made some additions to the roster since then, it’s still not immediately clear who will open at free safety.

One of the options is Sean Davis, who has spent the past season and a half playing at strong safety. The Steelers originally used a second-round pick on him in the 2016 NFL Draft because they valued his versatility, and in fact he opened his rookie season as their starting slot defender, albeit virtually out of necessity.

Head Coach Mike Tomlin said after the draft that the plan was for free agent signing Morgan Burnett to take the first snaps of the offseason, namely during OTAs, but he was also very clear in saying that Davis could be looked at in that role as well, and this is something that we have heard as a possibility according to the beat writers since before Mitchell was even released.

Jeremy Fowler Tweeted yesterday that he is told that Davis is indeed “anticipating a potential move to free safety”, which wouldn’t at all be surprising. Actually it would be more surprising if he didn’t spend any time this offseason getting looks at free safety. It’s all a part of the process of trying to figure out what their best combination is.

Sean Davis is anticipating a potential move to free safety in the Steelers defense, I’m told. Prepared for either spot. Rigorously training this offseason after slowed by labrum surgery last spring.

Fowler also pointed out that Davis is “rigorously training this offseason” after he was “slowed by labrum surgery last spring”, which is I think a point that most of us have forgotten about. He played for most of his rookie season with a partially torn labrum, and he spent much of his offseason in year two off the practice field recovering from that injury.

Just ask veteran cornerback Joe Haden how important it is to have a healthy offseason. He told reporters before the draft that he started training for the 2018 season about a week after the 2017 season just because he was so happy that he was healthy enough to do it for once.

The Steelers definitely need Davis to step up in his third season, but he might need it even more after the team spent two draft picks, including their first-round selection, to address the position. If he doesn’t perform, he could find himself out of the starting lineup before too long.

The Maryland product has certainly shown plenty of flash during his first two seasons. He recorded three interceptions and a forced fumble last year to go along with a sack, a forced fumble, and a very notable eight passes defensed. Two of those defended passes occurred in the end zone, breaking up touchdowns.

But he has also struggled in man coverage and in being an efficient tackler. One might wonder how a labrum injury and missed practice time could affect his performance. He won’t have any excuses if he continues to struggle in these areas in 2018.