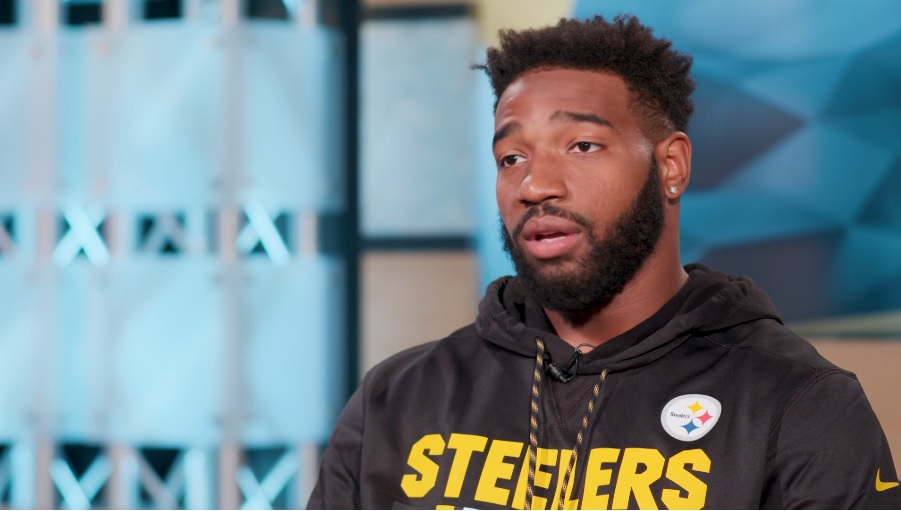 Yesterday, and honestly, since the day he was drafted, we’ve highlighted Jaylen Samuels’ versatility and the likelihood the Pittsburgh Steelers will move him around in 2018. A dash of running back, a pinch of receiver, some burn on special teams.

But ask him where he is most comfortable playing and the answer is running back.

“I feel more comfortable at this level playing running back,” he told Steelers.com’s Missi Matthews in a recent interview. “My body size. That’s where I feel my position is.”

It shouldn’t come as much of a surprise. At 5’11 225 pounds, he sure looks like a running back. Too big to be a true wide receiver, too small to play tight end or fullback.

While the Steelers do plan on using him at both positions, receiver and runner, they immediately made it clear their focus is on what he can do out of the backfield. That’s almost a first for Samuels, who says he didn’t get to be a runner-only until the Senior Bowl.

He had a solid week of practice and then performed reasonably well in the game, carrying the ball 10 times for 37 yards and chipping in another two receptions for 14.

Out of school and with a more clarified role, he can turn his full attention to becoming an NFL running back. Though clearly, willing, able, and expected to offer more than just carrying the ball.