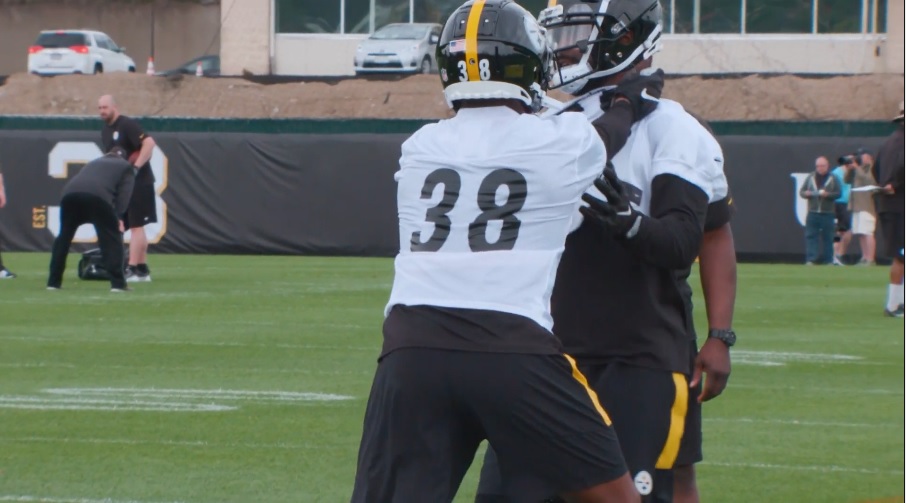 The Pittsburgh Steelers drafted Jaylen Samuels to play running back. But they’re not ignoring the unique versatility he brings either. Samuels, a self-admitted “jack-of-all-trades” player, sat down with Steelers.com’s Missi Matthews to discuss how the Steelers have used him so far.

“I’m in the running back room right now with Coach Saxon,” he said in the interview. “But I’m also learning some receiver stuff, different positions, so they can get me the ball.”

At NC State, Samuels did everything. Running back, wide receiver, tight end, Wildcat quarterback, and multiple hats on special teams. It sounds like that workload will be defined a little more clearly in the NFL, don’t expect him to play a true, in-line tight end for example, but the Steelers aren’t boxing him into one position either.

Samuels will look to make the team as the #3 and maybe even push James Conner for the backup role, though obviously, none of that can be accurately stated until camp begins. He, like any #3 running back, will also have to carve out a role on special teams, something Samuels says he embraces.

“I know that’s huge. That’s going to be a huge role for any rookie coming into the league. Trying to find a way on special teams, whatever special teams it is. Wherever they put me, I’m going to give 100% effort.”

He returned a handful of kickoffs in college, some of those coming off squib kicks where Samuels was positioned as an upback, and early in his career, he ran down punts. So that, like pretty much everything else on the football field, won’t be new to him.