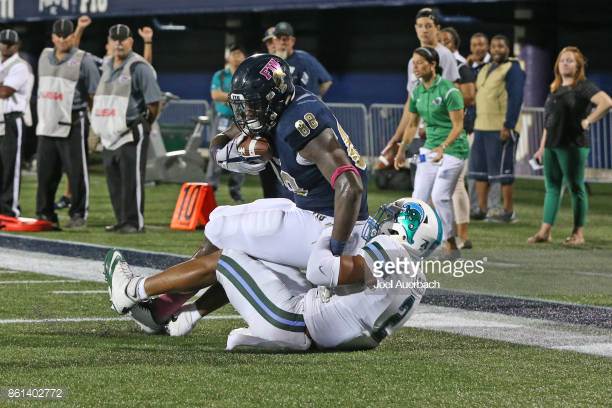 Bringing you another Pittsburgh Steelers’ interview courtesy of our good friend Ron Lippock of the Pittsburgh Sports Daily Bulletin. Today, Ron interviews TE Pharoah McKever, one of the teams 13 UDFAs after April’s draft. McKever spent three years at NC State before transferring to Florida International. In the interview, McKever explains why he left.

First – let us know how you are getting ready for camp!

I’m just here in Miami. I was in New York for the draft and came back to Miami. I’ve been working with my strength and conditioning coach, staying in shape for camp.

I’m actually on the field now. I’ve been focusing on my route running and blocking techniques.

What made you decide to sign with the Steelers?

I just thought it was the best fit. Pittsburgh was actually the first team to call after the draft. I couldn’t pass on the opportunity. I’m excited and thankful.

How did you first hear from them – what did they tell you?

My agent called me first, then [tight ends coach James Daniel] called me and told me he wanted me to be a part of the Steelers family. That they wanted to make me a Pittsburgh Steeler. I was with my family at the time – it was very exciting,

You played a ton of different positions throughout your high school and college career. Quarterback, safety, wide receiver, tight end, defensive line… Why was that and was it frustrating?

I came into college as a wide receiver. The next spring they moved me to defensive end. I’m a versatile guy. I put the team before myself. It’s just a matter of where I can get on the field. They needed me here or there I’d do it.

But, I never had the opportunity to focus on one position. I can be moved almost anywhere and they knew I could do it.

It gave me opportunities early. But later on, it was like, ok, I only have a couple of more years left. I need to focus on one thing.

Is that why you transferred to FIU?

I had a great relationship with the coach when I transferred. I just had a group of guys ahead of me and I want to get on the field. It was nearing the end of my college career. I played in three offenses and defenses too. I just needed an opportunity to get on the field and play.

I’ve asked this of other undrafted free agents. Would you have rather got picked in the seventh round or become a free agent and control some of your destiny in terms of who you play for?

Tell me about what you bring to the Steelers. What are your strengths?

I think I have big upside. I can stretch the field and create mismatches with linebackers and safeties using my big body frame. I can put myself in a position to catch the ball with those mismatches.

Also, in the run game, I have the length and ability to open up holes for running backs.

Tell me more about your blocking skills. As you may know, blocking is key for Steelers tight ends.

I think I’m solid. I’m an overall player. I’m a solid blocker. I don’t mind being in the trenches. I played defensive end so…

So – you must be thrilled that James Harrison is not on the team this year!

Ha! I know, I know! If he was on the team I would do what I have to do. A rookie against a vet like him….I would have given it all I got!

Tell me a bit about you as a person. What should fans know about you?

I’m a very humble kid. Off the field I’m very chill. I don’t go out much. I play some video games, but not a lot.

I’m big on community service – there’s nothing like giving back, I like helping others and using my platform to brighten others’ days.

Lastly, why football? What about the game drives you?

My love for the game. I had an opportunity to play basketball or football and I went the football route. I did it because of my love for the game. No other sport can compare. Being out there grinding in the heat in the summer and in the winter and cold with the other guys, They’re like brothers. Family. It’s about the love of the game.