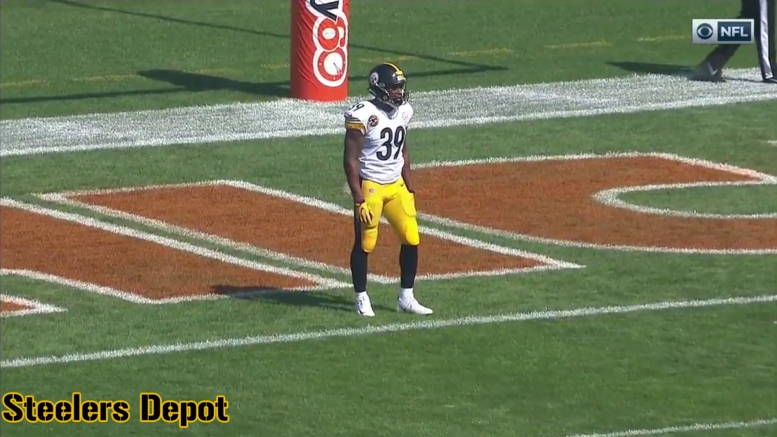 Not that its huge news, but I thought several of you might like to know that former Pittsburgh Steelers running back Terrell Watson was one of five players waived on Monday by the New York Giants.

#NYGiants waive five players ahead of this week's rookie minicamp.

Watson, who opened the 2017 regular season on the Steelers 53-man roster, had signed with the Giants back in late January. Last season the Azusa Pacific product dressed for 10 games for the Steelers and carried the football a total of five times for 8 yards in limited offensive playing time. He also played quite a bit on special teams for the Steelers before ultimately being waived in favor of running back Fitzgerald Toussaint ahead of the team’s Week 12 game in late November.

After clearing waivers, Watson was signed to the Steelers practice squad and he remained on the 10-man unit the remainder of the season. Because of that, it was assumed by many that the Steelers would sign Watson to a Reserve/Futures contract after the 2017 season had ended but that ultimately didn’t happen.

As of Monday, the Steelers have seven running backs on their 90-man roster with one of them being Le’Veon Bell, who has yet to sign his franchise tag. The Steelers selected former North Carolina State running back Jaylen Samuels in the fifth-round of the 2018 NFL Draft and signed former Western Michigan running back Jarvion Franklin as an undrafted free agent as well. The other running backs currently under contract with the Steelers are Toussaint, James Conner, Stevan Ridley and James Summers.

Former Steelers wide receiver Canaan Severin was one of the other four players waived by the Giants on Monday. The former undrafted free agent out of Virginia signed originally with the Steelers in 2016. He missed his rookie season with a shoulder injury.