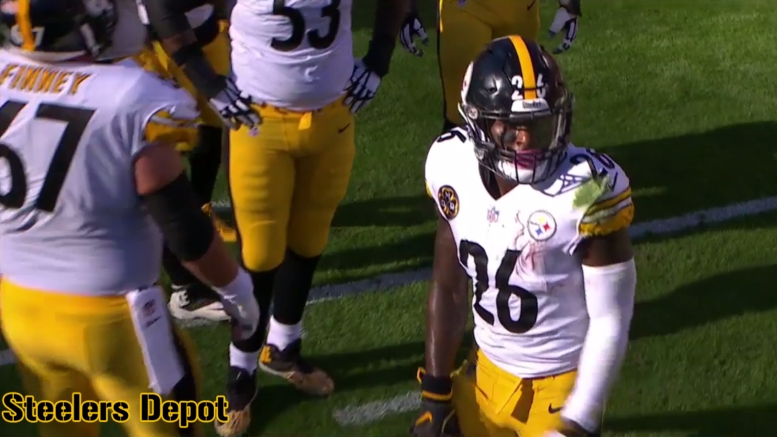 Maybe it’s just one running back looking out for another. But while many fans hope the Pittsburgh Steelers are done with Le’Veon Bell, Hall of Famer Franco Harris hopes the two sides can reach a long-term deal.

Harris, attending the Steelers throwback jersey unveiling yesterday, briefly talked to ESPN’s Jeremy Fowler to give his thoughts on the situation. Harris is in favor of the Steelers locking Bell up.

“I guess I always feel this can work out,” Harris said. “I think it’s in the best interest of both parties to make it work.”

Both sides have expressed optimism and a willingness to get a deal done, though that clearly hasn’t gotten the two sides on the same page. They have about another six weeks to hammer out a long-term deal. Contract talks will happen again but not until the July 15th deadline nears. That’s just how negotiations typically go in the NFL.

Bell hasn’t attended any of the spring practices and will skip the preseason if a deal isn’t reached. He’s looking to become the highest paid back in the NFL by a wide margin, reviving the market and bringing it closer to the early 2010s when Adrian Peterson and Chris Johnson cashed in.

Harris isn’t a stranger to contract disputes with the Steelers either, holding out in 1984 that led to his eventual release and time with Seattle. In 2006, The Associated Press looked back on on what went down.

“Harris, 34 at the time, knew his career was about over — but didn’t think he was finished. He had rushed for 1,007 yards in 1983, and the Steelers were preparing a major celebration in honor of him breaking Brown’s record.

But Harris also understood his football moneymaking days were almost over, too, and he wanted more than the $385,000 he was due in the option year of a contract.

The money that separated the two sides would constitute a bonus clause in one of today’s NFL player contracts. Yet it drove a wedge between one of the most popular teams in NFL history and one of its signature players.”

He signed a $500,000 contract to play for the Seahawks but was released after eight games, averaging less than three yards per carry and failing to find the end zone.

‘Franco Harris and I had a long talk and we kind of mutually agreed that it would be in everyone’s best interest if we released him,” late Seahawks coach Chuck Knox said at the time of his release. ”He made a contribution to our football team. It may not be reflected in the statistics, but he gave us a big lift when we needed it and he’s really a class guy. I wish him well.”

But Harris and the Rooney family soon patched things up, avoiding a Terry Bradshaw situation where animosity remains decades later.

To bring it back to Bell, hopefully a long-term contract will avoid anything like that from ever happening. And if it doesn’t, hopefully Bell can maintain a healthy relationship with the organization the way Harris has.