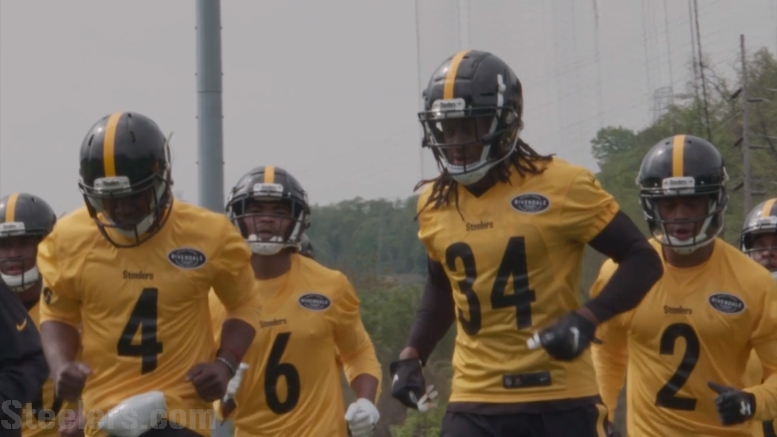 The Pittsburgh Steelers might be a team that more than most values pedigree from a genetic perspective; that is, they appreciate players who come from a football lineage. Just one quick example would be outside linebacker Anthony Chickillo, whose father, and his father before him, played the game.

I’m sure I’ll miss other connections, but inside linebacker Keith Kelsey and wide receiver Antonio Brown also come from talented football players, the former at the college level, the latter as an AFL star. Cameron Heyward’s father needs no introduction in Pittsburgh. We know about Trey Griffey’s father, too, even if it’s not football.

But there sure is a bunch of brotherly love all of a sudden, too. And high-pedigreed brotherhood. It started all the way back in 2010 when the Steelers used their first-round draft choice on Florida center Maurkice Pouncey.

As I’m sure you know, Pouncey has an identical twin brother, Mike Pouncey, who stayed in college for another year to raise his draft stock and was taken by the Miami Dolphins in the first round in 2011. Both of gone on to Pro Bowl accolades.

But the Steelers have gone with that sort of pedigree in each of the past two seasons now with their first-round selections in T.J. Watt, the outside linebacker drafted in 2017, and Terrell Edmunds, 2018’s safety out of Virginia Tech.

Each of them already have had older brothers in the league, in the former’s case most notably three-time Defensive Player of the Year J.J. Watt, and in the latter, New Orleans Saints running back Trey Edmunds.

Of course the unique thing about Edmunds is that he brought in his younger brother with him. Tremaine Edmunds was in fact drafted ahead of him in the first round, the first pair of brothers to be selected in the first round of the same class in NFL history.

And not only is he now one of three brothers in the NFL, all three of them are descended from NFL talent themselves. Ferrell Edmunds was a tight end who had a seven-year career, starting 80 of 89 games. He caught 148 passes for 1894 yards and 12 touchdowns in that span, and was an accomplished blocker.

Trey’s given name is actually Ferrell as well. Ferrell III, in fact. And he was drafted not by the Saints but by the Miami Dolphins in 2017, for whom his father, Ferrell, Jr., played for the majority of his career, where he earned two Pro Bowl nods, as well as one All-Pro list recognition.

It served Watt quite well last season to be able to lean upon the advice of his older brothers about what it takes to be a player in the National Football League. Edmunds already has two generations of NFL athletes upon which to rely. Let’s hope it yields for him the same accelerated start that their previous first-rounder enjoyed.