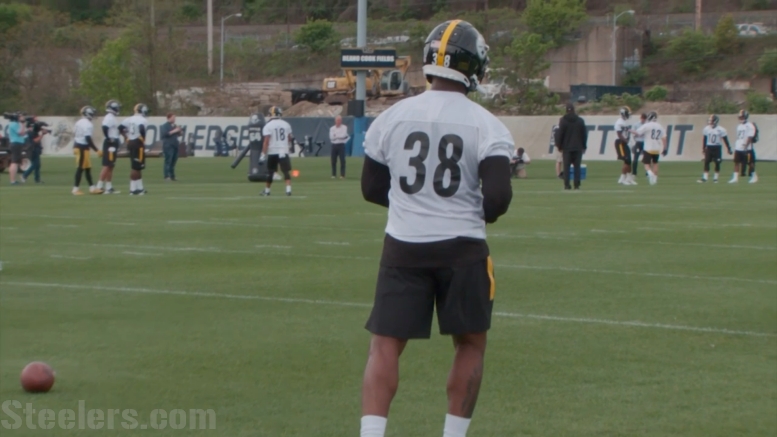 Should Jaylen Samuels been selected higher than the 5th round? That’s debatable. Objectively, I think it’s fair to say he ended up right around where he was projected. But ask Samuels if the 5th was fair and I think he’d immediately answer with a no.

“I felt disrespected going as late as I did,” Samuels said via Cleveland.com earlier this week. “But that’s just going to be motivation for me.”

If you’re going off uniqueness as draft stock, Samuels certainly would’ve gone much higher. Few players had his resume at his pedigree, a strong Division One school, and that versatility attracted the Steelers to him.

But in a way, that may have hurt him as well. He didn’t have a defined position in college or pre-draft events. The Senior Bowl used him exclusively as a running back. At the Combine, he was lumped in with the tight ends. The Steelers have seemed to offer some better clarity after selecting him, calling him a running back though giving him plenty of reps in the slot too.

That’s not really all the main point though. Samuels is a rookie clearly determined to make an impact, even if having that mindset and feeling slighted has no direct correlation with football success. But it sure doesn’t hurt.

Like James Conner, the absence of Le’Veon Bell for all of OTAs and the entire preseason should a contract extension not be reached, provides a golden opportunity for Samuels. More reps, more film, a better chance to learn from mistakes and get better. It’s hard to say exactly where he’ll be in the pecking order in Latrobe, he’s jumbled in with the likes of Stevan Ridley and Fitzgerald Toussaint, but he’ll certainly get an increased opportunity.

With his attitude and determination, I’m inclined to think he’ll make the most of it.