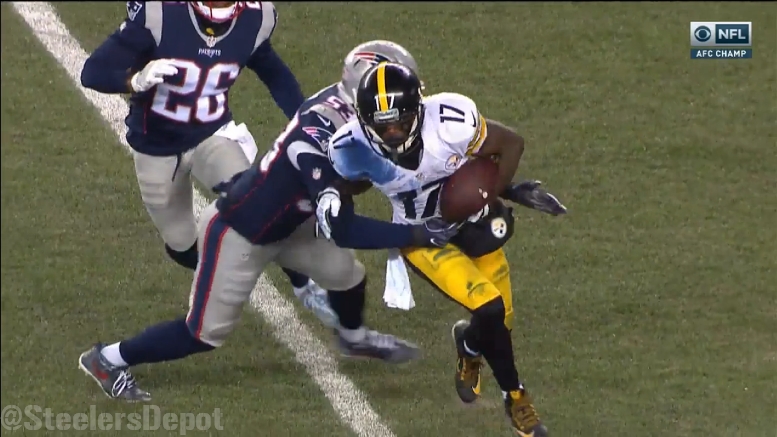 Eli Rogers continues to work his way back from the torn ACL he suffered in the Divisional loss to the Jacksonville Jaguars. It seems he’s taken that next step, posting a video of him resuming running a short time ago.

Back Running. Thank You dear Lord. ??

That’s obviously more of a leisurely jog than a sprint but even if he isn’t to that point yet, it’s an important part of the process. After he is able to run at full speed, he’ll have to graduate to being able to cut and change directions at half and then full-speed to fully work his way back.

It sounds like the Steelers are counting on him getting healthy before the start of the season. Mike Tomlin and Kevin Colbert have referenced his name in the offseason. Tomlin did it early in the offseason while Colbert talked about it this past week.

“Eli Rogers suffered that knee injury last year in that playoff game unfortunately,” Colbert told SNU. “He hasn’t gotten back into the mix yet because he‘s not at full health. At some point, he may get back into the mix as well.”

The Steelers are lacking depth at slot receiver without him. There are some options – Darrius-Heyward Bey, Marcus Tucker, and Quadree Henderson, but those are guys who aren’t “true” slot wideouts or are far from guaranteed to making the 53 man roster. Pittsburgh’s punt return situation is also still up in the air. Henderson was brought on in large part for that role but again, he has to work his way onto the roster. Rogers finished the year as the guy, after an early-season benching, and ended things on a strong note.

With just a little over two months until the team reports for training camp, Rogers will be racing the clock to get ready in time. But based on everything we know about his recovery so far, it’s going as well, and as quickly, as one could hope.