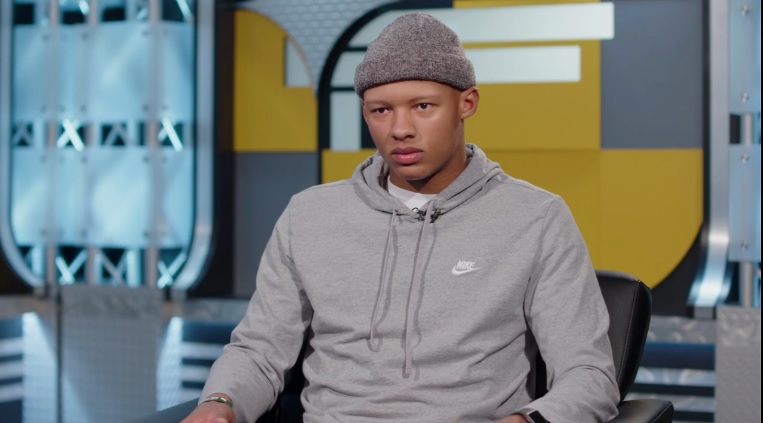 If Pittsburgh Steelers quarterback Joshua Dobbs was upset or disappointed to see the organization select former Oklahoma State quarterback Mason Rudolph in the third-round of the 2018 NFL Draft, you certainly can’t tell it now that the team’s annual OTA practices are almost half over with.

On Wednesday. Dobbs, who was drafted just a little more than a year ago by the Steelers in the fourth-round out of Tennessee, was asked what his initial reaction was to the organization spending a third-round selection this year on Rudolph, who many think might ultimately be the heir apparent to Ben Roethlisberger a few more years down the road.

“Yeah, I was excited for Mason because I’ve known Mason for a little bit through Elite 11 and different circuits – Panini camp,” Dobbs said Wednesday, according to 93.7 The Fan. “It provides a new element to the room, continues to build the confidence in the room, so it’s cool to add a guy. And I remember being that rookie coming in last year so I’m just trying to push him in the right direction but also compete each day and get better.”

From the sound of things, Dobbs, who was inactive for all but one game last season in which he failed to get any playing time in, understands that the Steelers selection of Rudolph this year after selecting him last year is just part of how football works.

“When you’re in college, you’re always recruiting another quarterback, around the league they’re always scouting the next prospect,” Dobbs said. “So, it’s just competition at the end of the day. In my entire career I’ve always had to compete and have never been given anything so I wouldn’t expect that that change on this stage. So, just compete everyday show up to work, continue doing what I’m doing, continue to grow my skills and prove the type of quarterback I am.”

With one year in the NFL now under his belt, Dobbs certainly understands that him being able to prove the type of quarterback that he is right now will mostly happen during the team’s OTA practices and thus that’s what he’s focusing on right now in his second season and how he approaches this year’s summer voluntary practices.

While this is only Dobbs’ second offseason with the Steelers, he admitted Wednesday that the speed of the game at the NFL level has slowed down for him considerably.

“The first period it’s kind of similar just because not having had live football in a while,” Dobbs said when asked to define how different it is for him this year at OTAs as opposed to a year ago when he was a rookie. “So it’s fast, guys are flying around, amped up, but as you get in the flow of practice and it’s just a lot slower. The game slows down, looks slow down, the defense slows down, everything starts to clear up. You’re able to see it really well, recognize the coverages, get to the right plays and get your eyes in the right places to make the right progression. So, it’s much slower than last year.”

Last year at this same time Dobbs was probably leaning heavily on Steelers backup quarterback Landry Jones for instruction and advice. This year, however, he’s the one that Rudolph is likely having to consult with at times both on and off the field. Dobbs doesn’t sound like he has any issues helping out Rudolph, who could potentially force the Tennessee product out of roster spot this year if Jones is kept as the team’s backup to Roethlisberger once again.

“It’s crazy how it works and that’s just the cycle of football,” Dobbs said. “When you have great mentors, it’s your job now to give back and become a good mentor to the younger guys. And that’s my goal and that’s what I’ll try to do moving forward.”

While the Steelers did change offensive coordinators earlier in the offseason, Dobbs believes it’s an advantage for the quarterbacks to have their former position coach, Randy Fichtner, now in charge of calling the plays.

“You have the guy that you’re in a meeting with every single day calling the plays,” Dobbs said. “There’s always an advantage to that, but his attitude and motivation and excitement level and energy hasn’t changed from last year to this year. That’s what’s great to see. He’s coaching us really hard and expecting a lot out of us, which is exactly what we expect out of him.”

The Steelers will only keep three quarterbacks on their 53-man roster once again this year and barring any injuries, either Dobbs or Jones will be jettisoned by the start of the regular season. The reality of that numbers game is that Dobbs should probably be hoping that Rudolph progresses very quickly throughout the remainder of the offseason and that he plays extremely well during the preseason. If that happens, then perhaps the Steelers might be inclined to either trade Jones or cut him outright if they can’t.

With the above said, Dobbs might easily land with a different team as a No. 3 quarterback should the Steelers ultimately part ways with him come September.