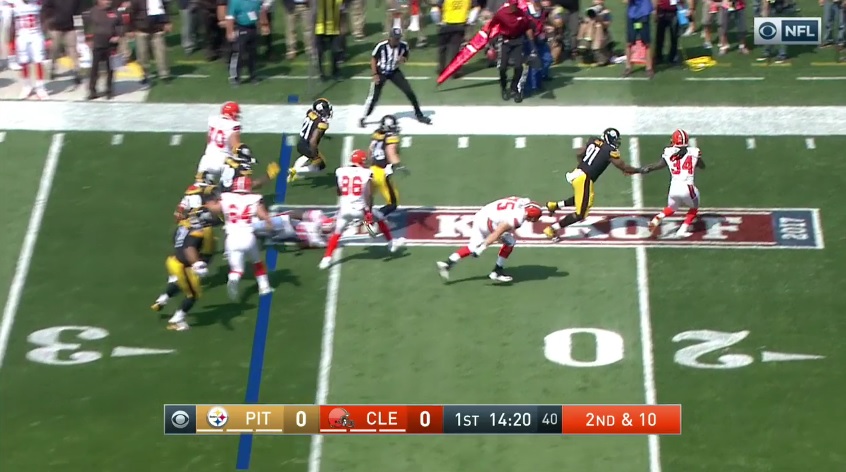 The 2017 regular season seemingly got off to a great start for Pittsburgh Steelers defensive end Stephon Tuitt as the former second-round draft pick out of Notre Dame ran Cleveland Browns running back Isaiah Crowell out of bounds for a 9-yard loss on the second play of the team’s opening game. After that play was over, however, Tuitt left the field with what was initially reported as being a left arm injury and not much later it was determined that he had suffered a biceps injury.

While that injury only technically sidelined Tuitt for two games, he announced this past week that he had actually suffered a torn biceps tendon that ultimately limited his strength and ability to lock out with his left arm the remainder of the season.

“I lost 75 to 80 percent of my strength,” Tuitt said this past week, according to the Pittsburgh Tribune-Review. “I was basically playing with an arm-and-a-quarter.”

While Tuitt was able to play through the torn biceps injury, he also missed two more games during the middle of the season due to a back injury that he claimed he had suffered while lifting weights. In short, he essentially missed five of the team’s first eight regular season games with injuries and thus exited the Steelers bye week having only registered just 7 total tackles, 1 pass defensed and zero sacks. After the bye, Tuitt played in the Steelers final eight games and registered 3 sacks in addition to 18 more total tackles. He also just missed having a few more sacks.

Tuitt, who just turned 25 years of age a few days ago, signed a five-year, $60 million contract extension with the Steelers just prior to the start of the 2017 regular season. With him presumably now being fully healthy once again, he’ll be expected to produce career-high numbers in 2018 and perhaps even figures that rival the team’s other starting defensive end Cameron Heyward, who was named a First-Team All-Pro for the 2017 season back in January after registering 45 total tackles and a team-high 12 sacks.

Tuitt reportedly said this past week that he now cosiders the 2018 season his “revenge tour.” That tour will get started in the same city and against the same team that he injured his bicep against last year.