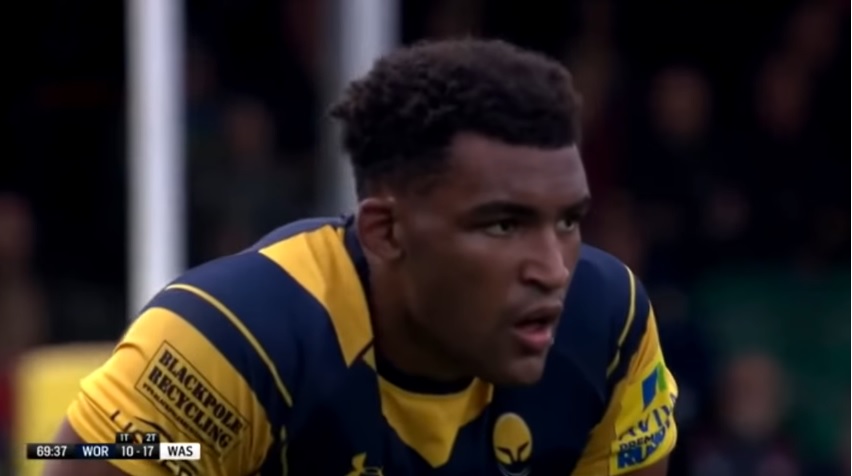 The AFC North has been granted a special roster exemption this year, able to add a 91st, international, player. For the Pittsburgh Steelers, that man in Christian Scotland-Williamson, a towering 6’9, 275 pound mold of clay aiming to become a tight end.

Yesterday, he penned an article for London’s The Telegraph, describing the whirlwind experience he’s had in his attempt to break into the NFL. It’s an insightful article, one you should read at the link above, but I’ll throw in a couple nuggets from what he wrote.

Scotland-Williamson accompanied Jordan Mailata, the more high-profile rugby player and ultimately selected by the Philadelphia Eagles in the 7th round, to the draft in Dallas. Those two have been filmed for the show NFL: Undiscovered, that will apparently air sometime in June. None of the others were ultimately drafted but Scotland-Williamson got the call from Omar Khan sometime later.

For him, it’s fitting to come to Pittsburgh.

“The screen read ‘no number’ as the call came in, but it also showed that it was a Pittsburgh ID,” he wrote. “I looked at Jordan in absolute shock. As I said way back last December, the first Super Bowl I watched was in 2009 – the Steelers beating the Arizona Cardinals in Tampa.

“Since being in front of the television watching that game at my grandparents’ house in Dominica, I’d always said that I supported the Steelers. It felt like things had come full circle. I was in shock and disbelief, and almost forgot how to speak when I answered the phone call. It is so strange how things work out.”

He recalls watching documentaries on the Steel Curtain during the rugby offseason or times where he was injured, a rough and tumble defense fitting the hard-hitting rugby game.

Though the transition to the NFL will be a difficult one, certainly without any guarantee of success, his size and by the sounds of it, his work ethic, will work in his favor. In the article, he described playing rugby, embarking on his NFL dreams, all while pursuing a masters degree.

Good coaching helps too. For as much as we talk about the job Mike Munchak has done for the offensive line, well-deserved praise, for the record, James Daniel has been a staple as the tight ends coach for nearly 15 seasons in Pittsburgh. If there’s a guy who can maximize Scotland-Williamson’s potential, it’s him.

Again, check out the entire article by clicking this link.