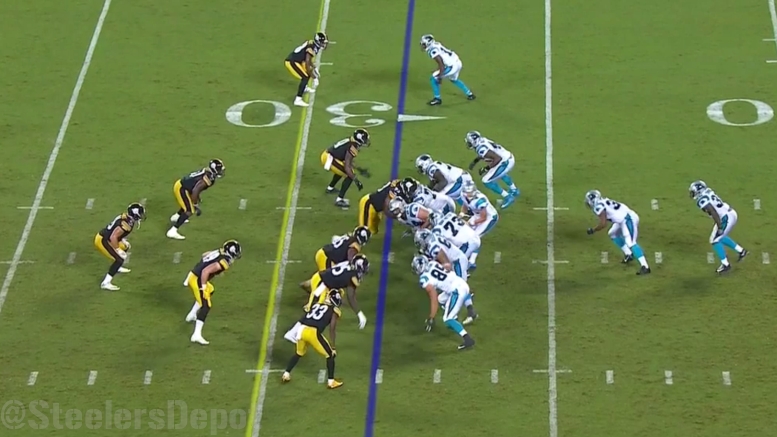 Topic Statement: We have seen the last of Daniel McCullers on the 53-man roster.

Call it a sneaking suspicion but I think there is going to be a lot of buying on this one. Daniel McCullers, a 2014 sixth-round draft pick, has been with the Steelers for the past four seasons and was re-signed to a veteran-minimum contract after the first couple of waves of free agency.

The Steelers had nobody else to potentially fill the role of the sixth defensive lineman until then. Now they have two after using a seventh-round pick on Joshua Frazier, who has more prototypical nose tackle size (McCullers was abnormally tall and that hindered his ability to gain leverage).

Frazier, whose position coach at Alabama for the past two seasons is now the Steelers’ defensive line coach as well, is not somebody who is going to offer much in the passing game, but his tape shows somebody who can take up blockers, which is something that the 350-pound McCullers did with frustrating inconsistency.

The bottom line is this: the Steelers moved a defensive end to nose tackle so that they could dress him over McCullers last year. That is pretty damning.

The ‘light a fire’ argument has probably worn thin for McCullers by now after four seasons of smoke, but the Steelers haven’t drafted a defensive tackle since they took McCullers, so he has never really fought for his roster spot before now. He knows he is on his last legs now.

He also knows that it won’t be John Mitchell coming down on him anymore. Will Karl Dunbar look more favorably upon what he is able to bring to the table? That would seem to be his best chance of making the roster, which would almost assuredly have to come at the expense of Frazier. And let’s face it, seventh-round picks are not exactly sure things. You can’t even guarantee yourself a long snapper in the sixth round, apparently, even if you can get a first-team All-Pro wide receiver.