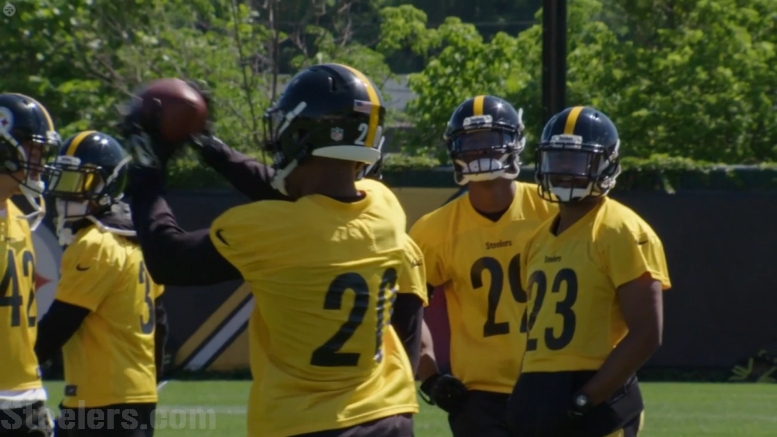 Topic Statement: The Steelers will carry 11 defensive backs into the season.

It’s a high number, but it fits with the times, and with the talent on the roster. And the fact of the matter is that they finished the 2017 season with 11 defensive backs on the 53-man roster. While they only carried four safeties all year, they had seven cornerbacks by the end of the season after Cameron Sutton was activated from injured reserve.

Five safeties is a shoe-in provided that nobody gets injured. And even if there is an injury they might still opt to carry Jordan Dangerfield or Malik Golden depending on how they play this summer, especially given their intention to use more three-safety looks.

And after carrying seven cornerbacks last year, to go down to five would certainly seem a bit light. The current locks are Artie Burns, Joe Haden, Mike Hilton, and Sutton of course, but Brian Allen has to be very close to a lock as well. You have options in veterans Coty Sensabaugh and Dashaun Phillips for a sixth spot as well, and both of them provide special teams value to justify the spot. All of the cornerbacks in fact, even Haden occasionally, play on special teams.

Still, the odds always have to be against a team carrying an uncommon number of players. 11 defensive backs is something that we have rarely seen in Pittsburgh, even if it has become more common around the league as a whole.

And the fact of the matter is that injuries tend to take care of these things. There might be a bit of wiggle room to still go with 11 if an injury or even two occurs, but that’s pushing it. Then there’s the reality that a guy like Phillips could go back on the practice squad, as could Allen or safety Marcus Allen. It all depends upon there being room leftover after needs at other roster positions are satisfied, because an 11th defensive back will necessarily be a luxury when they’ve had as few as eight in the relatively recent past.