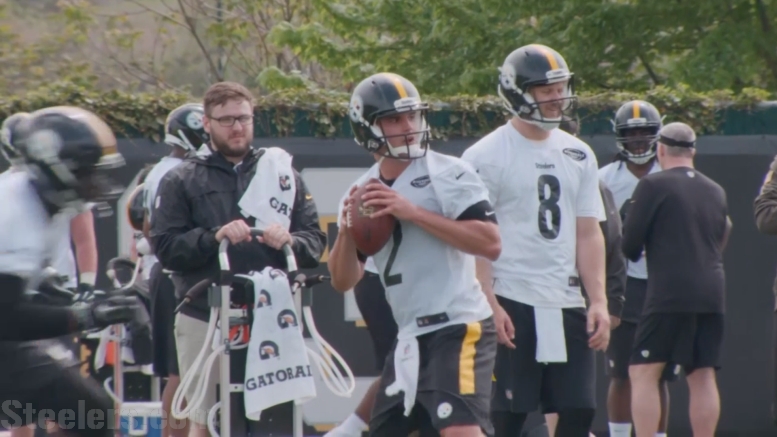 Topic Statement: Mason Rudolph will be Ben Roethlisberger’s backup in 2018.

The fact that the Steelers ought to be motivated to see this happen is reason enough to believe that it very well might happen. It is in the team’s best interests to get rookie quarterback Mason Rudolph into the on-deck circle as soon as possible quite simply because it’s hard to grow much further down the depth chart due to a lack of available reps in practice sessions.

Both what we have learned of him through the draft process and since he’s been here seems to give every indication that learning the offense should not be too big of a problem for him. That he is coming in at the same time as a changing of the guard at offensive coordinator could also work to his advantage.

His preseason performance is going to be critical in helping to make this decision, and he likely will receive most of the snaps. He should get plenty of time working with James Washington during this time, which will help to make him look good, given their four-year working collaboration at Oklahoma State.

No matter how talented a quarterback is, it’s still difficult to get up to speed in just one offseason. People bring up the fact that a lot of rookies are handed the starting job right away, or very quickly, but answer this: how many of those rookies are on good teams? What were those teams’ alternatives? What is the last rookie that started with a team that was good the previous season?

There is also the minor issue that the Steelers already have a good backup quarterback in Landry Jones. He is fully capable of running the team’s offense when he is in the game and has also shown to work well with their star players. Pittsburgh doesn’t need Rudolph to become the backup. They need him to become the next face of the franchise.